Greatest Hits Packages: The Really Greats And The Forgettables

Too many Elton’s compilations have been released, throught the years. Albums like: “A Very Special Collection”, “The Very Best Of...”, “Greatest Hits”, “Love Songs”, “Milestones”, “The Best Of...”, “Your Songs”, “Rare Masters”, ... were sure worldwide successes in sales and music charts terms. Record companies know and exploted that.

“Greatest Hits”, 1974 compilation, remains as the best seller album of Elton’s catalog. In the States, it became the first hits package to reach number one. In Canada, it’s one of few albums to ever ship one million copies.

“The Very Best Of Elton John”, 1990. “My old life stops here” wrote Elton “a new life starts, thanks to a willingness to change”. Last “Very Best Of...” album was ten years ago, in 1980. This provided the best survey ever done of Elton’s career and was practically number one everywhere, giving two British number one albums within one year. A great video compilation of video-clips were released. 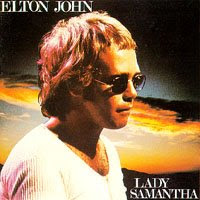 “Lady Samantha”, 1981, including “B” sides since 1970 to 1973, on the top 20 in Britain.
“To Be Continued”, 1990, because it represented a comprehensive overview of Elton’s career up to 1990, delivering the All Time Hits and more: “B” sides, unreleased tracks, live tastes, new songs (taken from the Don Was sessions) and some “lost songs”, all for 50$ for a 4-CD set. According to Billboard, this compilation has been now platinum. In the United Knigdom, the set was released one year later, dropping two songs changed for two new songs from “The One “ Sessions.

“Rare Masters”, 1992 which was a rare treat for die-hard fans, including liner notes by Bernie Taupin, and we could find there hard-to-find favourites, like “Planes”, “I’ve Been Loving You” or “Let Me Be Your Car”.

Depending the countries, the national record companies released great compilations though. Let’s recommend some of those, for his particular tracks, including national successes: 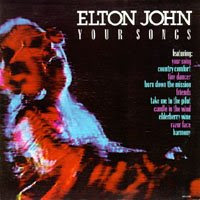 “Os Grandes Sucessos de Elton John” from Brazil, 1977 (with “The Cage”, “Skyline Pigeon”, and “Roy Rogers”, for example)
“Elton John. Canciones de Oro!, from Spain, 1979 (“This Song Has No Title”, Your Sister Can’t Twist” and “Harmony”)
“Greatest Hits Digital Remix” from Belgium, 1981 (“Pinball Wizard”, “Island Girl” and “Border Song”)
“Your Songs” from Germany, 1982 (“Noody Wins”, “Song For Guy” and “Part Time Love”)
“The Superior Sound Of Elton John (1970-75)” from Europe, 1984 (Funeral For A Friend/Love Lies Bleeding”, “Someone Saved My Life Tonight” and “We All Fall In Love Sometimes”)
Elton John 16 Grandes Éxitos from Venezuela, 1985 (“Friends”, “Chloe” and “Love Song”)
Rocket Man. The Definitive Hits, 2007, which we could find different tracks depending if the compilation is from one country or another: 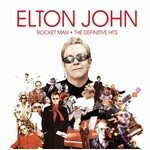 UK (“Are You Ready For Love”, “Tinderbox”), Australia (“Blue Eyes”, “Sacrifice”), Austria (“Nikita”, “I Don’t Wanna Go On With You Like That”), Belgium (“Just Like Belgium”, “Circle Of Life”), Brazil (“Tiny Dancer”, “Skyline Pigeon”), Denmark (“Sad Songs”, “Something About The Way You Look Tonight”), Finland (“The Bitch Is Back”, “I Want Love”), Holland (“Cry To Heaven”, “Can You Feel The Love Tonight”), SouthAfrica (“Little Jeannie”, “I’m Still Standing”), and US & Canada (“Island Girl”, “Lucy In The Sky”). Other different packages included Norway (with a national poll selecting the best songs), Sweden, Germany, Spain, France, Italy and New Zeland. And these are the tracks you could find in all of the packages, undepending the country: “ Candle In The Wind”, “Daniel”, “Don’t Let The Sun Go Down On Me” (only in Finland with George Michael), “Rocket Man”, “Sorry Seems To Be The Hardest Word” and “Your Song”.

Greatest Hits Vol. III, 1987. With “Too Low For Zero” and (again and again) “Kiss The Bride” on it, these compilation fullfilled Elton’s contract with Geffen Records, did not reach the charts. And Greatest Hits (1976-1986), released in 1992, with similar tracks.

Love Songs, 1996, althought this album sold very well, this is more a greatest hits album than a “Love Songs” collection, because who can say “Candle In The Wind”, “Someone Saved My Life Tonight” or even “Please” are love songs? Not me. Why they did not included “You Can Make History” or “No Valentines” in the rest of the world, outside America?

One Night Only, 2000, celebrating the concert number 50 in Elton’s favourite place, Madison Square Garden, they forget all the best songs that were played that night: “Little Jeannie”, “Goodbye Yellow Brick Road” with Billy Joel, “Club At The End Of The Street”, “Someone Saved My Life Tonight” and “Come Together”. And more than this, the record company didn’t promote anything about the album, reaching the singles poor sales: “I Guess That’s Why They Call It The Blues” with Mary J. Blige (even an studio version was recorded) and “Don’t Go Breaking My Heart” (a bad selection, heard too often).

Greatest Hits (1970-2002),2002, for being much of the same again and again. Too much old Elton songs were put out in a short period of time. They lose a big opportunity to edit a DVD collection of video-clips from all of the singles, publishing again the One Night Only concert.

Hey Eltonites... What do you think about Elton’s Greatest Hits packages released? Do you prefer the All Time Hits... the Demos... the Unreleased Tracks... or all in one, like they did in the “To Be Continued” Compilation?
by Jackrabbit on 1:51 pm