The Story Behind "Come Down In Time" 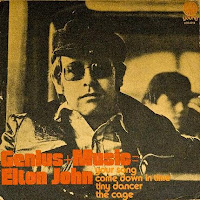 “Come Down In Time” is a deceptively complex tale of unrequited love. "I love Bernie's lyrics (on that song), its one of those songs you wished you'd written" said Sting asked why he choosed his song to cover on the Two Rooms Project. "I love the line: "a cluster of ight jars singin' out of tune", it's a strange story. It creates some very evocative images. I think everyone has their own version of what it could be about". And lyrics are timeless, as he meticulously constructs his hopeful narrative with an underlying sense of impending noir. The ultimate disappointment begins to fully surface in the lines “And I’ve walked most of the way / And I ain’t heard her call / And I’m getting to thinking / If she’s coming at all”. The story's resolution is tragic at the end: “There are women and women / And some hold you tight / While some leave you counting the stars in the night”.

The power of the song is in its unusual melody and production. Paul Buckmaster added the orchestration before Elton finished the song.
by Jackrabbit on 2:02 pm