Following "Good Morning To The Night" Across The World 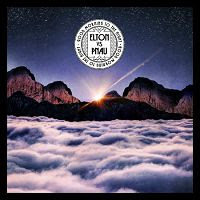 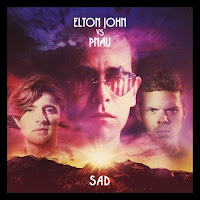 by Jackrabbit on 3:36 pm No comments:

Elton John vs Pnau - who wins? by Stephan Heimbecher 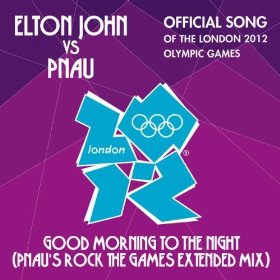 I consider myself a middle age Elton John fan, because at 44 I am probably in dead center of the very wide range of Elton fans which go all the way from infants to music lovers of Elton's age (and beyond). Does that make me part of the target audience for the new album "Good Morning To The Night"? Yes, for the simple reason that I am a fan of Elton's musical work. And no, as I am not into dance music at all - I don't dance!

But that didn't stop me from downloading the 14 track deluxe version of the album from iTunes - initiated, however, by a very sceptical click on the "Buy now" button. To my own surprise, I like most of the album tracks much more than I had anticipated. Because first of all technically I think it's a good production and a very interesting synthesis of various - mostly older - Elton John songs. The slaughter of Elton's original compositions, in my view, has been kept within acceptable boundaries, so that to me as a listener who is always open to new versions and covers of songs (not just those of Elton) this new approach is opening up a new perspective on very familar tunes.

But it takes more than just a high level of technical skills, in this case audio mixing, to deliver a good end result. I think that the album once more proves how diverse, timeless, and persistent Elton's melodies can be, so that they maintain their freshness not just through a few decades of time, but also after being squeezed into a completely new musical genre. As a matter of fact, I don't think of "Good Morning To The Night" that much as a dance album, but much more as an easy listening Elton medley collection.

I don't want to review every mix individually - I don't think it would make much sense. All I can say after a couple of listenings is that I am almost obsessed with the track "Karmatron".

What's interesting is that Elton is heading for his first No 1 album in 20 years in the UK with the Pnau collaboration. Elton said: “There’s been attempts to remix my music before but I’ve never been so excited by the result.” He's probably right about that.

A review by Stephan Heimbecher
www.eltonfan.net
by Jackrabbit on 3:28 pm No comments:

Etiquetes: Four Of A Kind, In Albums

"Good Morning To The Night" by Claude Bernardin 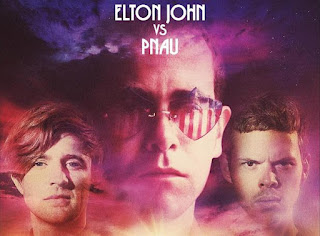 When I first heard of this project my level of excitement was peaked. Maybe someone would finally take all Elton's desires for a Dance Hit to the top and do him right. I had no idea Pnau would be the ones to do this. Only one other Project has come close to this in ingenuity and creativity, that's the Beatles "Love" Project. Is this Project it's equal? No. But it's close. This is some of the most exciting, and appropriate sounding music for its time, that John and Taupin have created in decades. It's great to have that classic 70's Elton "Sound" combine with today's Techno-electric wizardry and boy it works like a charm! It goes along way to suggest "You can be young again!" Listener's will thrill at such brilliant tracks as "Foreign Fields" that cleverly weaves famously loved ballads like "Cage The Songbird and "High Flying Bird" into a whole new experience. And then there's the title cut: "Good Morning To The Night" - already becoming a hit, and well deservedly so. It is unique, clever and original.

But for me the stand out cuts are two:

"Telegraph To The Afterlife" - The track weaves John's 1973 song "Harmony' with "Funeral For a Friend" and some original scoring, into what one hopes will be the Biggest Radio Airplay John Has received in Decades! Folks, Radio....If you do not pick this track up....It will be a travesty of justice. "Harmony" was Taupin and John's most requested song in the mId-1970's and still to this day is a concert favorite. But sadly it never saw the light of day as a single in America. In 90 seconds I could tell it was a hit! Instant classic Rock Radio Hit! It cleverly weaves the song "Harmony" and the repeated opening line of "Hello...Hello..." into a Pink Floydesque montage that instantly grabs you. The album is worth its price for this track alone. Thrilling rock. Conjures up the sound and stylings of Floyd's, "Comfortably Numb". Just a brilliant track! It has Hit written all over it! By the way Elton's people, you missed it once in 1973! Don't make that mistake again! Put this sucker out as a single to American FM radio!
The other track I'd like to highlight is "Karmatron" . Again I got chills when I heard it. It's an in-genius re-working of John's 1971 album title cut "Madman Across The Water" with "Funeral For a Friend". It is outstanding, exciting, mature, and very clever rock music.

This is some of the most interesting instrumental rock and dance music John has ever produced with anyone. Ground breaking project in my opinion! and one I hope gets repeated again!

Outstanding and frankly thrilling to hear! Hats off to all of you, job well done!