The Story Behind "Your Song" 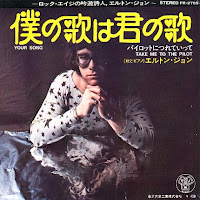 Bernie confessed that "Your Song" was the frustrated outpourings of a reluctant virgin "it sound like a song that was written by a guy that never got laid in his life, which I hadn't at that point" added. Elton, for his part, was convinced the song was for a girl with glasses resembling Nana Mouskouri, from Lincolnshire whom Bernie had been seeing. Bernie "swear in blind that I didn't (for that). I do remember I wrote it during breakfast, it was something that came off the top of my head.

Elton had to wait until January 1971, nine months after the release of "Elton John" album, but finally "Your Song" became his first Top 10 hit in U.S.

"I always had this kind of battle with "Your Song", sometimes I hate it, and sometimes I love it" declared Bernie when he was asked abut this song in the Two Rooms tribute. "(You hear that on everywhere so) you tend to lose respect for it. But then there are times when I'll be at one of Elton's shows, and the spotlight will hit, and Elton'll do that song, and it'll take on a whole new meaning". 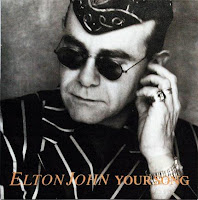 Elton has been playing "Your Song" in most of his shows "maybe eighty or ninety per cent" in Elton's words. It reamins the most covered song of Elton's catalogue, since Al Jarreau, Billy Paul, Rod Stewart, Frank Sinatra, Petula Clark, Jewel, Barry Manilow, ... to name only a few.
by Jackrabbit on 5:09 am