The Story Behind "Skyline Pigeon" 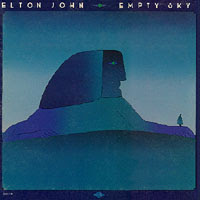 Bernie’s inspiration came from a 12th Century clocktower he often climbed as a child to admire the sunsets. Producer Steve Brown suggested they should write the music they would like to listen to instead writing English bubblegum pop they were trying. “(The song) got a lot of airplay. It was covered by two people. It has a lot of pretention but hell, you are pretentious when you’re sixteen or seventeen years old and in 1967, everyone was pretentious” justified Bernie. “From that song, songwriting became our bread and butter” added.

Elton never happy with the original rendition, was to re-recorded the song three years later and it was released on the “B” side of “Daniel”. Elton played it on Ryn’s White funeral, in 1990: “if I am not mistaken” said Bernie on Rare Masters album “there’s a quote from it (the song) on Ryan’s grave”
by Jackrabbit on 10:44 pm