The Story Behind "Don't Let The Sun Go Down On Me"

Elton described the song as his own “Beach Boys” tribute and both Carl Wilson and Bruce Johnston were singing backups. When Nigel Olsson heard the song for first time “it hit me, and I ran downstairs right to him (Elton) and said that it would be a number one hit”.

It was a significant ballad for both Elton and Bernie because on that time they were through mental state problems. The pressure of success and music business was attaching their lives: Elton was drinking half a bottle of scotch whisky a day, and his hair was disappearing, and Bernie felt scared about growing tired and frustrated.

The vocals took so many times that Elton wanted to drop the song and giving it to Lulu as a demo, or to Engelbert Humperdinck: “I said “if you put this on the album I’ll sodding well shoot you”” remembered Elton that was said to Gus Dudgeon. “I thought it was the worst vocal of all time”. Philip Noman on his biography about Elton, got Gus sensations about that episode: “(Elton) was filthy mood, one some takes he’d scream it, on others he’d mumble it. Or he just stand there, staring at the control room”. The song finally earned a grammy nomination for Best Vocal Performance. 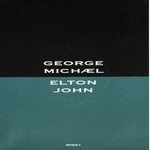 In 1991 the song dominated American and European music charts when it was released as a duet with George Michael. Elton tried to persuade George from releasing it thinking it would hurt his career: “Maybe you think twice about putting a live single out, this is a very crucial time for you. I left that on his answerng machine and he phoned back and said: No, it’s gonna be fine!” explained Elton.
by Jackrabbit on 1:02 pm