Hi Sacrifice. Welcome to the “Sleeping with the Past” Week. Nice to “meet” you. This album could always count on you to be one of his strongest defenders... and some time you said about it: “I won't stop till all love this album”. Seems to have powerful reasons to say that... so, no one but you to dedicate this week’s interview. Thanks for the acceptation.

But first... Could you tell us, please, who are you and where are you from?
My name is Mark and I live in Wisconsin, USA.

Right. When did you became an Eltonite? Remember the first time you heard Elton's music and what moves you to buy his music?
I was first exposed to Elton John in the spring of 2003. I was in high school and my parents were attending a Face to Face concert. I recall either before or after they bought the Greatest Hits 70-02 album along with Billy Joel's greatest hits. I started listening and originally was hooked to Billy Joel's music. But after I flowed through it I started listening to Elton's music more intently, and was hooked into some of the 70's hits such as "Bennie and the Jets". Once I exhausted the greatest hits I was curious to what other songs existed on the source albums. That's what inspired me to find a GBYR LP and get that on CD. I listened to that album a lot! Then one day I heard a song that I didn't exactly recognize but one I felt I knew deep inside my memory. The beats of the melody reminded me of music from my childhood. I started listening to this song, and was curious about its lyrical content which fascinated me. 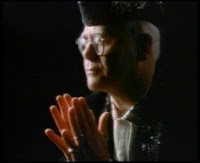 This was the start of my "Sacrifice" phase. I love the music, vocals, lyrics, and the connection I have with it to my past.

Great. Which is your Elton's item that you really appreciate, for being hard to get or for the happiness you've got to have it?
I don't have any rare Elton memorabilia at this time, but I am looking forward to getting into collecting things from the SWTP tour & the World Tour in 1990. I really appreciate my SWTP CD that I purchased on my birthday a few years ago and the Goodbye Yellow Brick Road CD as well. I'm reminded of my time listening to that album over and over.

Nice! You declared that you're a slow music listener and you like to explore Elton's catalog slowly because the impact of hearing songs is fresh & more lasting. What you discovered in Elton's 70s catalog that failed to continue in the 80s and 90s?
The main thing I think the 70's has going is its innocence. Both Bernie & Elton were able to write about pretty much anything and have it be successful. I feel most of the lyrics from the 70's were more fun songs about fictional characters along with songs about the road, their past, relationships. That's not saying they never explored real relationships or events (Captain Fantastic) but really at that point they were relatively young. There was still a lot of life to live, and from that comes new perspectives and experiences. That's why the 80's and 90's have more mature lyrics from Bernie and Elton's vocals had matured as well. I guess to sum it up, I don't feel he could have written the songs he made in the 70's in the 80's or vice versa. They both just entered a new phase in their careers and lives. All decades are unique, and some might choose to something like "Levon" or "Bennie" while others prefer something like "Sacrifice" or "Original Sin".

And why when people think about great producers they forget Chris Thomas?
Well Chris was the producer on 7 Elton John albums for most of the 80's so it's difficult to talk about the 80's without him. I think people like some of the albums he made (TLFZ and SWTP seem to be the top 2) while others are either good or middle of the road. I think he's kind of deemed the black sheep of Elton producers by some for his production on some albums. I think to some 80's equals "overproduction". Some albums from that decade weren't produced well, but I'm happy with most if not all Chris's work. 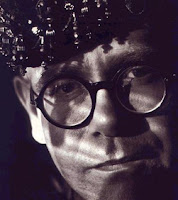 I feel Sleeping with the Past is the freshest album he produced. Each song is different and unique yet the album is a soul album. It just goes to show that soul music has so many different perspectives and sounds.

Finally, could you tell me your five favourite Elton's songs in running order, for my AllSongsList?
Sacrifice
Healing Hands
I Don't Wanna Go On With You Like That
Bennie & the Jets
The One

Thank you. Would you want to add some observation or suggestion, or something you want to say to other eltonites?
I could never have imagined the journey I've been exploring Elton's music when I was first drawn in. It's been amazing, and it's only been amplified when I found the board and everyone on it. It's a fun community and I feel blessed to be a part of it.

Oh, and finally, how many eltonites you couldn't convince about the love they should have for the "Sleeping With The Past" album?
I can understand SWTP not being everyone's favorite album since there are so many albums and songs to choose from. I have a great appreciation for the album as I see it as more than just an Elton John album. Elton and Bernie connected again in both a creative and personal way. It's very much an intentional album with thoughts, passions, and the embodiment of their working relationship & musical passions. Both liked how it turned out, and I admire the work they put into it. It was underappreciated at its release, and perhaps a bit now. I truly think if anyone listens to it enough & find the soul of the album you can connect and embrace it.

Thank you Mark, really a pleasure to chat with you. Take care.
by Jackrabbit on 3:36 am