David Murray Oates was born in Gillingham, Kent, England. Before joining Elton John, Murray (and drummer Nigel Olsson) were members of the Spencer Davis Group in 1969-1970. Murray and Olsson first appeared on disc with Elton on the 1970 album Tumbleweed Connection and were key members of the band through its glory years. 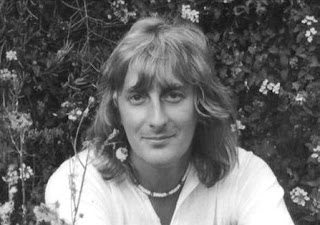 In 1975, after recording Captain Fantastic and the Brown Dirt Cowboy, Murray and Olsson were fired from the band because Elton wanted to achieve a different sound. On Philip Norman's book "Sir Elton", Dee remembered: "(A phone call came through), it was Elton. He said: I've decided to change the band. I think you, Nigel and I have gone as far as we can together". The decision came as a total shock for both Nigel and Dee.

In 1977 Murray briefly joined Procol Harum on a North American tour promoting their last album, "Something Magic". However, Dee returned in 1980 and toured with Elton for another four years. His last collaboration on an Elton's album was "Reg Strikes Back" doing vocals.

After that, a terrible news arrived: "Dee was diagnosed eight years ago with malignant skin cancer", said Sarah McMullen, a family spokesperson, in 1992. "He was being treated for the cancer when he suffered a stroke on Sunday. After the stroke, he was taken to Vanderbilt University Medical Center, where he died". He was 45 and left wife Maria with two young children, as well as a daughter from an earlier relationship.

As tribute to his friend, Elton raised funds or Murray's family, doing two solo concerts in Nashville, Tennessee, on March 15, 1992. He dedicated a beatiful rendition of "That's What Friends Are For" and said "On tour, Dee was the sort of person who complained about everything, but I never heard Dee complain once he was sick... He left a big hole in my life".

Murray was a talented musician whose gift for melody, placement, and an understated, yet profound technique, plus his standout work as a backing vocalist, puts him in an elite class among rock bassists.