Elton jived with the Queen Of England at Windsor Castle to Bill Haley's "Rock Around The Clock". The surreal situation came when Elton was dancing at a party for British royal Prince Andrew. He told British magazine Marie Claire: "We were all dancing and she came up and said, 'Can I join in?'. I had a flashback: I was born in a council flat in Pinner Hill (London) and the Queen of England has come along and asked, very sweetly, if she could dance with us!"

Elton collapsed on stage in front of 16,000 fans, he keeled over during an energetic dance routine and a doctor was called. After a few minutes, Elton was revived and went back on stage continuing the concert. 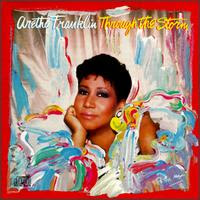 Elton collaborated with Aretha Franklin on her "Through The Storm" album duetting on the title track. They sounded as if they were together in the same studio, but they weren't. 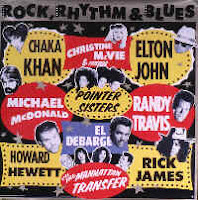 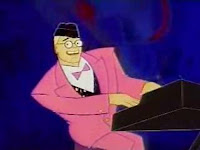 "Sleeping With The Past" album was released. Recorded in Denmark, he and Bernie Taupin put a lot of thought and effort into its creation. They decided to write an album of original tunes that would serve as a tribute and memorial to the soul sound of the sixties. The first three songs completed for the album were the title track, "Amazes Me" and "Whispers". They wrote about twenty songs but kept only 10. The album generated Elton's first #1 single in the United Kingdom, "Sacrifice", spawned several other hit singles and proved that Elton John and Bernie Taupin's team were still capable to deliver another classic album. This is also the last album to feature Elton John's once-trademark falsetto vocals (most notably on "Blue Avenue"). His ability to sing in falsetto had been hindered by his throat surgery two years earlier, and after this album, he would only rarely venture into his upper register.

Elton appeared in an All Star Charity Performance at the Universal Amphitheatre, in L.A., during a live staging of The Who's "Tommy". They had Steve Winwood (for “Eyesight to the Blind”), Billy Idol (“Cousin Kevin”), Patti LaBelle (“Acid Queen”), Elton John (“Pinball Wizard”) and Phil Collins (“Uncle Ernie”).

Elton received an award for being the only musician to play thirty dates at the Madison Square Garden venue.

The Daily Star reported that Elton had been ordered to rest after collapsing just hours before his farewell American show. He keeled over with exhaustion for the third time that year.

Elton surprised appearing at the China Club, in L.A. An impromptu jam by Entwistle, Bolton and Steve Van Zandt was followed by an unexpected 40-minute concert by Elton John along with Michael Bolton & Michael J. Fox, singin' a collection of rock and favourite songs like: "I heard it through the grapevine", "Twist and shout", "C.C. Rider", "It's all over now", "Tear it up", "Lucille" or his "Your song" and "Bennie and the jets".
by Jackrabbit on 8:52 am