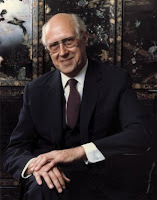 Elton surprised Mstislav Rostropovich a a seventieth birthday gala for the cellist held at the Theatre Des Champs Elisees, in Paris. Elton's appearance singin' "Happy Birthday" to him, brought tears in Rostropovich's eyes.

The Royal Academy Of Music honored Elton by granting him honorary membership. This accolade was previous given to Felix Mendelsson, Franz Liszt and Richard Strauss.

Bob Halley, Elton's assistant, planned a 50th Birthday party at the Hammersmith Palais, in London. Elton and his partner, David Furnish, dressed in complementary white satin Versailles costumes, while Elton on the top of the silver haired wig, wore a trimasted silver ship with cannons on the bow. Elton was brought to his party in the back of a furniture truck. In the van, draped in red velvet, were gold thrones for Elton and his friend David Furnish and chairs for the attendants, along with flowers and paintings to amuse them en route. 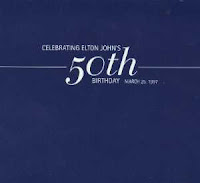 A 12-track promotional only CD retrospective was produced to celebrate Elton birthday on the 25th March, housed in a custom blue digipak picture sleeve.

Elton sang "Abide With Me" at the Rainforest Benefit in New York, a concert that was the "Carnival" album come to life.

He was in Melbourne, Australia, with Billy Joel helping to open the multiplatinum Crown World Of Entertainment Center, receiving each artist for the appearance one million australian dollars.

"The Lion King" Disney's musical debuted July 8, 1997, in Minneapolis, Minnesota at the Orpheum Theatre, and was an instant success before premiering on Broadway at the New Amsterdam Theater on October 15, 1997 in previews with the official opening on November 13, 1997. It is the story of a young lion cub named Simba who struggles to accept the responsibilities of adulthood and his destined role as king. It was directed and designed by Julie Taymor. 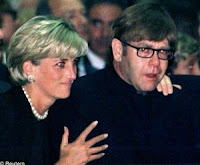 Elton broke down in tears when he was told that designer Gianni Versace had been murdered. He collapsed at his mansion in the South of France as he heard of the tragedy: "We were so close that it is like a large part of my life has died with him. I'm in deep shock at the news - it hasn't really sunk in yet." explained Elton and added: "I have lost one of my closest friends." A distraught Elton was famously seen at Versace's funeral being comforted by Diana, Princess of Wales. 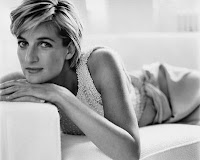 Princess Diana of Wales died in a car accident, while being chased by paparazzi. The crash happened in a tunnel near the Ponti De L’alma, which is a bridge over the river Seine, west of Paris. Princess Diana’s fiancé Dodi Fayed and the driver of the Mercedes car also died in the crash. The condition of Diana was at first considered serious until the surgeons discovered that her coronary artery was ruptured. The surgeons then changed her condition to grave. Princess Diana died after two hours in surgery at 4:00 am. It was 4 hours after the car had crashed. The doctors didn’t actually announce her death until 4:30 am. Princess Diana was 36 years old at the time of her death.

Elton got a call from Richard Branson indicating that Sarah McCorquodale, princess' sister, wanted him to sing at the funeral service and he should be prepared in case it was approved. Elton called Bernie because he needed something to sing at the service, just in case. With that, they found it would not be possible to write a new song in the time available and decided instead to rewrite the former 1973 “Candle in The Wind” song with new lyrics for Diana. 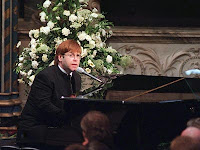 An estimated one billion people watched as Elton paid tribute to the princess, singin' the re-worked version of "Candle In The Wind". A very public day of mourning ended with a private ceremony when Diana was finally buried on an island in the heart of her family estate at Althorp. After the service, Elton ran to George Martin, who was also contacted to help produce the song for a release. This version was titled “Candle in the Wind "Candle in the Wind, 1997″ was ranked as the world’s best-selling CD single in history. All artist and composer royalties and record company profits from “Candle in the Wind 1997″ were donated to the Diana, Princess of Wales Memorial Fund. 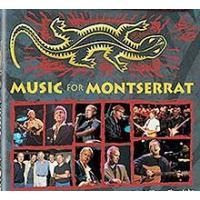 Elton appeared at a benefit concert designed to help raise money for the people of the Caribbean island of Montserrat which was devastated by volcanic activity in 1995. Montserrat happened to have a number of respected recording studios on the island and many of the greats of music had recorded there. This concert, MC'd by Sir George Martin, contains many of the artists that had spent time on Montserrat and was placed at the Royal Albert Hall, in London. Elton did a very beatiful rendition of "Live Like Horses", along with "Your Song" and "Don't Let The Sun Go Down On Me". 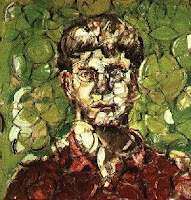 "The Big Picture" album was released. Produced by Chris Thomas and recorded at Townhouse Studios in London, the album featured 11 new John/Taupin collaborations. Bernie liked the idea of an Elton John album of new love songs standards like the ones of Frank Sinatra or Tony Bennett. Elton included on the album, as a petition from the fans, "Live Like Horses", a Bernie’s tribute to his father, who had passed away. 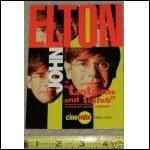 "Tantrums And Tiaras", a video documentary directed by Elton's parter David Furnish, was released. He followed Elton around the world during his trek for the multi-platinum Made in England and shows him as both a professional perfectionist and a goofy jokester both on stage and off. 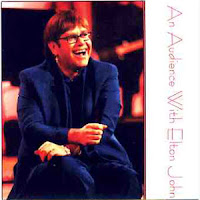 Elton John performed in "Audience With... Elton John" TV special. He invited his closest celebrity friends to a private concert where he brought them into the act while performing his greatest hits. He took questions from some people like Cher, had others like Ewan McGregor act as his backup dancers, and had Sting wear a wig and performing "Come Down In Time" with him. As a public petition, he improved his ability writing songs with one about the instructions of a cooking oven. 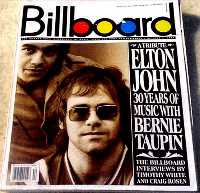 The issue of Billboard magazine contained a special salute to John and Bernie Taupin, his writing partner of 30 years. The largest solo artist special in Billboard's 103-year history, the salute contains exclusive interviews with John and Taupin; a U.S. discography; Fred Bronson's analysis of their chart achievements; a listing of John's top-40 hits; and articles about every facet of the John/Taupin legacy, including an examination of the many covers that have been made of their songs. 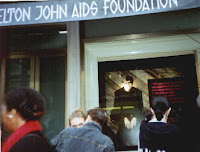 Elton's second "Out The Closet" in London to benefit the Elton John AIDS Foundation.

Elton John received the CARE International Humanitarian Award for his inspired and steadfast commitment to people living with AIDS and HIV. Past recipients of this prestigious award include President Jimmy Carter, Ambassador Andrew Young, and Ted Turner.

A benefit for Venice's La Fenice ("The Phoenix") opera house that was destroyed by fire earlier on January. Elton dedicated the performance to Versace and sang Live Like Horses (incorrectly written in the program as "Run Like Horses"). That was on the Carnegie Hall, New York City NY.
by Jackrabbit on 3:27 pm