First reports of Elton using a number of young musicians for his next studio album, included Flea from the Red Hot Chili Peppers and Krist Novoselic formerly of Nirvana. Elton and Bernie previously wrote 15 tracks in late 2000 and the began an intense round of writing that culminated in another batch of more than 10 new songs in February 2001. 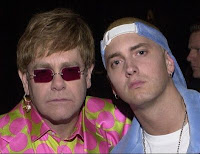 43rd annual Grammy Awards. Elton performed folk singer Dido's vocal part on ''Stan'', Eminem's hit tune about a homicidal, obsessed fan from the obscenity laden, 8.1 million selling ''The Marshall Mathers LP”. This collaboration drew criticism from GLAAD because of Eminem's homophobic lyrics. In an interview with the Los Angeles Times on Saturday, John said that the idea for the Grammy duet was Eminem's, and that the singer was prepared for the detractors and protestors the joint appearance might cause.

“All Star Tribute To Brian Wilson”. Elton joined Brian Wilson on “Wouldn’t It Be Nice” explaining how much it meant for him to be with the one that influenced him. Later, he performed a rendition of “God Only Knows”.

The nine-year-old son of guitarrist Davey Johnstone, Oliver, drowned in the family’s swimming pool at their home in Calabasas, California. He was playing inside a small tent when he fell into the pool. Davey was on tour in Chicago with Elton and Billy Joel when he received the tragic news. John Jorgenson replaced him on the last leg of the Face To Face Tour. 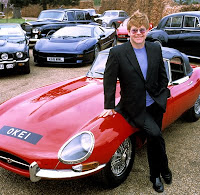 Twenty Exceptional Motor Cars from the Collection of Sir Elton John, had been auctioned at Christie's in London, UK. The collection was compiled over the last thirty years and consisted mostly of British manufactured cars. Superb examples of Aston Martin, Bentley, Jaguar and Rolls-Royce, but also 3 Ferrari, were offered. Elton decided to sell the automobiles because he does not get to drive them enough any more. In total the sale grossed more than a million pounds.

The automobiles in the auction were: 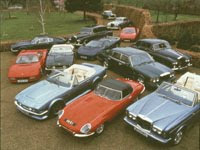 “This Song: A Musical Journey Of Elton John” by Elizabeth J. Rosenthal, a must have book, was published by Billboard Books in US and by Windsor Books in October in UK and the rest of Europe.

BBC looked back at 30 years since Bob Harris presented the first Old Grey Whistle Test programme. Voted as the best TV music show of all time, celebrated its 30th aniversary with a four and a half hour compilation featuring performances of Elton, The Police, John Lennon, Bob Marley, U2, Simply Red, Talking Heads & REM.

It was said Elton would appeared with Steve Tyler, Mick Jones, Sheryl Crow, Busta Rhymes and Britney Spears, among others, updating a vesion of 1979 Sister Sledge hit “We Are Family”, benefiting the victims of terror’s attack at World Trade Center in New York City. 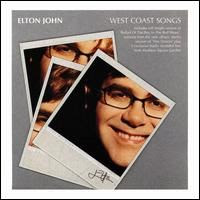 “Songs From The West Coast” album, dedicated to the lates Oliver Johnstone and Matthew Shepard, was released worldwide. Elton said that the inspiration for many of the songs on the album came from when he listened to "Heartbreaker" by Ryan Adams. "I will never make a sloppy album again. This is my line in the sand” he declared.

The restaurant shown on the album's cover is Rae's Restaurant, which is frequently used as a location for many Los Angeles-based film shoots. David Furnish and his Director of Operations Bob Halley appeared on the album cover: Furnish as a cowboy at the bar and Halley as the man getting handcuffed. 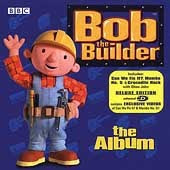 Bob the Builder, voiced by actor Neil Morrissey, duetted with Elton on his "Crocodile Rock" for a Christmas session album. Elton also took a starring role in the animated show for a festive special.

Elton said his tribute to Princess Diana had become an albatros around his neck and overshadowed all his other work. “It sold so many (...) I think people lost me in the nineties” he declared to The Sun.

Elton appeared on “Live With Regis And Kelly” in New York performing an instrumental version of “The Star Spangled Banner” with the band, in memory of the World Trade Center disaster on September 11, 2001.

Good Rockin’ Tonight (The Legacy Of Sun Records) was released on London-Sire Records. Elton contributed with a rollicking version of Whole Lotta Shakin’.

Elton played himself when he made a cameo appearance in Ally Mc Beal’s “I Want Love” episode. He sang the single in Ally’s favourite bar and, also, his 70’ classic Saturday Night’s Alright.

“It’s the last record that I ever make” Elton said from the stage at Verizon Wireless Arena in Manchester, NH, “I hate the record industry, I am fed up with it”, he added. He dedicated “Your Song” to the late George Harrison, explaining how George sent him a congratulation telegram when “Elton John” album was number 18 in the 1970 music charts.

“A & E” Live By Request TV show found Elton performing songs requested by different people. Billy Joel, for example, ask him to do “The Bitch Is Back”. Elton asked Billy if he had someone in bed with him and offered fo find him a girl for when they begin their tour again at the beginning of the following year. Robi,who lost her husband in the New York City tragedy requested, for her part, “Rocket Man”. Elton told her that it’s every jusicians responsability to perform whether in times of peace and war and through the magic of music that we all find relief.

The concert “20 Years With AIDS” at the Universal Amphitheatre in L.A., found Elton joining Rufus Wainwright and his father Lauden on stage for “One Man Guy” and for “American Triangle”. Bon Jovi shared the lead too on “Levon” and “The Bitch Is Back”.

Elton appeared at the new Kimmel Center for the performing arts, in Philadelphia, playing “Ballad Of The Boy In The Red Shoes”, “This Train Don’t Stop There Anymore” and “Carla / Etude”, among others.
by Jackrabbit on 2:36 pm