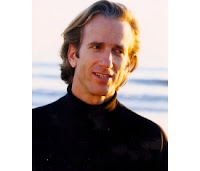 Kim Bullard, keyboard and synthesizer player, arranger and vocalist, is the new member of the band, in the "replacement" of the late and unforgettable Guy Babylon. Bullard, born 6 May 1955, Atlanta, Georgia, USA, is a well known session musician and recorded with artists like Julieta Benegas, Bette Midler, Tori Amos, Belinda Carlisle, Eddie Money, Gratfeul Dead, among others. Also, he joined Poco in December 1978, just as the million seller "Legend" was being released and dealt them two major hit singles, ‘Heart Of The Night’ and ‘Crazy Love’. Bullard left the band years later, in 1983, to rejoin Crosby, Stills & Nash. We could hear Bullard's work, also, on "Brigade", a great Heart's album, with some fantastic rockers and ballads, counting with producer Richie Zito, and former Elton's guitarrist, playing some guitar in one song.

Bullard's daughter is Katy Rose. Katy's mother was a background singer for various 70's icons and her father, he produced her 2004 debut album, "Because I can". Her music styles vary from indie rock, electro pop, grunge, pop, lounge music and even techno, and also, she's an actress.

My open hands to Kim Bullard, and my support. I wish him all the best in his new adventure. My heart is still sad for Guy Babylon's death but life goes on, must go on, and Bullard is a GREAT keyboard player too. So, Welcome Kim!!
by Jackrabbit on 11:19 am