Elton John said he was delighted to perform in China for the first time, saying it was always his ambition to play music here: "I'm delighted to be here, this is a culturally electric city, full of life, full of creativity, and I'm very honored to be here," the singer-composer told reporters at a press conference when he arrived in 2004. He said he visited Shanghai in 1988 and 1984, but had never performed in China.

In 1984 Watford F.C. became the only second team to tour China (West Bromwich were the first in 1978). Two games against the Chinese National Team were watched by crowds of over 70.000 whilst 40.000 fans watched Watford take on Shangai. All Three matches resulted in Watford wins. In 1988 Watford returned to China to compete in the Great Wall Of China Cup. They won all five matches. All of players were a bit shell-shocked because Graham Taylor had just left the club to take over at Aston Villa. They didn't have a manager so Elton decided to go to China with the team. Perhaps feeling a bit fed-up for being long way home, Elton took the players to one side on this particular evening and asked if they could get all the lads together in the next room. Elton was sitting at this piano. And for the next hour he gave them a personal concert. 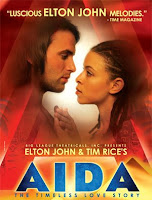 Elton John and Tim Rice's stylistically eclectic rock musical AIDA kicked off 11 city China tour in Shanghai. Starring Marja Harmon as Aida, Casey Elliott as Radames, and Leah Allers as Amneris, all three of whom were part of the North American tour of the show in 2006 and 2007. The show run in Shanghai, after which it moved on to Suzhou, Nanjing, Changsha, Wuhan, Ningbo, Hangzhou, Xi'an, Beijing, Chengdu and Tianjin. "It's truly a pop musical with spoken dialogue and all kinds of recognizable song types: urban-based rhythm and blues, gospel-inspired songs, ballads and, of course, the rock songs," says Chen Jixin, CEO of Beijing Oriental Broadway International Theater Management Company, which has brought the production to China. "This Aida is a modern musical about the classic tale with a pop twist. When I watched it on Broadway a few years ago, I saw the audiences were responding wonderfully to the mythic story of fated love in a contemporary scene," says the reporter and critic Lun Bing, of Beijing Youth Daily.
by Jackrabbit on 5:41 am