Brazil is well know for his colours, his people, for my admired Lula Da Silva, and for its football team, apart for other interested and touristic aspects. And they also love Elton. That's the conclusion I arrived when I met Norberto Ambrogi Brunetti. He's one of the greats Elton John's specialists in Brazil and owns a website called precisely "your song". Let's gonna chat a little with him so, eltonites, all with me, get up, stand up... it's my honour to present you Norberto.

Welcome and thank you very much for being here. Let's gonna start... How could you analyze Elton's impact in pop music worldwide and specially, in Brazil?

The name "Elton John" has become known in Brazil only from 1972, with great success "Rocket Man", two years after appear as "the new great talent", both in England as in the United States.
The few news that we here in Brazil, have always been lagging.
There were few publications in newspapers or magazines weekly or monthly.

Moreover, only when the Internet was popular, we have access to thousands of information and delayed histories.

Same as one of the most popular international artists here in Brazil, not a comparison with the impact of his immense success in USA-England.

Ok! Elton had such success in Brazil between 1972-1975 and his singles reached the charts. “Skyline Pigeon”, “The Ballad Of Danny Bailey (1909-34)”, “Goodbye Yellow Brick Road”, “Don’t Go Breaking My Heart”... had great success in the music charts... Have you got any notice about chart results?

In the 1970's, Brazil had not hit list considered official. And even today is not!!!

Few media (radio stations and magazines) were their own hit lists. But none was fully trusted. Radio beginnnings play music international, based on successes Americans.

Today, there are people interested in doing a successes official, serious. But, it's still difficult to do a real monitoring of radio stations, information on-line about CDs sold more, official downloads.

Even with all the current technology, unfortunately, i think, we are far from it.

Brazil had exclusive editions of Elton's albums... Could you tell us some of the most importants? 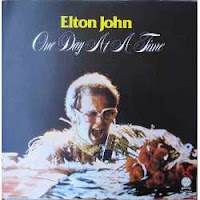 I believe that the more knew in Brazil was "A ARTE DE ELTON JOHN" (the art of Elton John). It was released on LP double in 1986 and in CD format in 1987 (one of the first titles to be edited in CD in Brazil).

How many times has been Elton performing in your country? And do you think Elton could reach higher sales in Brazil if he toured more frequently?

Elton John performed only 2 times in Brazil. In 1995, in the cities of São Paulo and Rio de Janeiro.

Are planned for January 2009, two new presentations, under the same cities. There is an expectation of 35.000 people for each event.
International stars have appeared in Brazil each time for a public smaller.

This because of high price of tickets. Is a matter of common sense.
The quantity of public to these two coming shows Elton John would be very far greater if the tickets cost less.

Yes, Elton John is always present in the schedules. In particular in radio stations with flash-back and easy-listening songs. Often we can hear "Your Song", "Nikita", "Sacrifice", "I Don't Wanna Go...", "Sad Songs", "You Gotta Love Someone"....

Is there any cover of one of Elton's songs, by a brazilian artist, you could mention?

Upss!!! Tell us, please, what we could find in your great website www.yoursong.com.br?

yoursong.com.br is a virtual store CDs and Long-Plays, new and used, brazilians and imported. Much of our products is titles outside catalog in Brazil. We consider very conservation of disks, with prices compatible. Today are 1100 Long-Plays and 3100 CDs, more or less.

And finally, could you tell me your five favourite Elton's songs in running order, for my AllSongsList