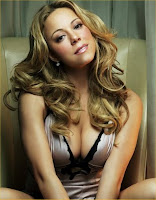 Mariah Carey was born on Long Island, but she moved to Manhattan as a teenager. Her family struggled to make ends meet and Mariah pitched in by landing her first paid singing gig at the age of 13, singing background vocals for commercial jingles. . Mariah’s 1990 debut album was a smash hit with four #1 singles. She was an overnight success, earning Grammy awards as Best New Artist and Best Female Vocalist. She loves "Someone Saved My Life Tonight" and "Skyline Pigeon" and his "Fly Away" song referred to both tracks.

Howard Allan Stern was born in New York City on January 12, 1954. He first became interested in radio broadcasting as a child, when he would accompany his father Ben to work at a radio station. In 1994, he ran for Governor of New York on the Libertarian Party ticket. He later withdrew from the race, refusing to comply with the financial disclosure requirements for candidates. Stern played himself in a feature film version of Private Parts in 1998. The movie did moderately well, earning over $60 million. In October of 2004, Stern announced that he had signed a $500 million deal with the Sirius satellite radio. The deal, which takes effect on January 1, 2006, would enable Stern to broadcast his show without FCC restrictions. Is well known the story of Elton singin' about Stern's "small penis" (in Elton's words, of course). 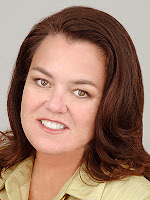 Rosie O'Donnell was born on March 21, 1962, as Roseann Teresa O'Donnell, in Bayside, Queens, New York. Her father, Edward O'Donnell, was an immigrant from Belfast, Ireland, and her mother, Roseann, was American. Rosie's quick wit, dry humor and New York accent attracted fans almost immediately. It wasn't long before she found herself jumping between stage and screen as a regular personality on VH1. Rosie debuted on The Rosie O'Donnell Show in 1996, sparks flew. It wasn't long before she was dubbed the "Queen of Nice" and started picking up Emmys like they were going out of style. Elton sang "White Christmas" with her in 1998.
by Jackrabbit on 2:23 pm