The Story Behind "Into The Old Man's Shoes" 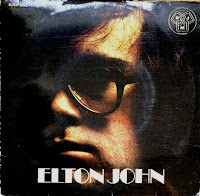 "I'm moving out of Tombstone, yeah with the sun behind my back
I'm tired of people talking of things that I lack
Ever since a week ago, the day he passed away
I've been taking too much notice of the things they've had to say

And all they say is you ain't half the man he used to be
He had strength and he worked his life to feed his family
So if that's the way it has to be, I'll say goodbye to you
I'm not the guy, or so it seems to fill my old man's shoes"

That beatiful country song penned by Bernie's pen, has its story in Tombstone. The boy he's talking about was moved to escape from comparisons to his heroic father.

Tombstone is the most famous of Arizona mining camps with its colorful history. Tombstone was the place were man lived fast and died quickly. Discovered by Ed Schieffelin in 1878, the mine went on to produce millions. One day in 1877 the prospector Ed Schieffelin stand in Camp Huachuca and he looked on the mountains in the northeast. The rich colors of the mountains looked to him very promised and he decided to go there and dig a little. He toll that to the soldier who stand beside him and the soldier warned him about Apaches who controlled the area, and he say to him "All you'll find in those hills is your tomb-stone". In February 1878 decided Schieffelin at go alone on the search after his fortune. He found a rich silver ore (on the place were he was hiding in two nights for Apache Indians and in the memory what the solders tell him, he registered the two lots: "the Tombstone" and "the Graveyard". He decided that his brother Al shall see the ore and check the ore value, so he traveled all the way to Signal (now ghost town about 170 mile in airline from Tombstone). Brothers returned together with Signal assay Richard K.Gird, who saw the ore value, and he over talked the brothers to bee theirs partner. On the way back Ed found two places more with silver ore and registered the lots as "Lucky Cuss" (he called him self that) and "the Toughnut" (he counted that will be "a tough nut to crack"). 40 million dollars in silver (value of 1.7 billion dollars today) was the result from those and others mines in the area between 1880-1886. Tombstone who flourished under the hunt of silver in the beginning of 1880 was known as one of the most notorious and violence towns, - here was silver the king, - but anyway so was a Tombstone the most nice and cultural town in the West.

West of the city, behind Tomb-stone graveyard is one pyramid looking stone monument who marked Ed Schieffelin grave place, who wished to be buried on the place were he hide in two nights for Apaches short before he found the big silver ore.
by Jackrabbit on 3:20 pm