Well, eltonites. This will be the second year of Eltonite's day. This time, we'll gonna interview eltonites from the country we were analysing for. Now, from Spain, the doors of AllSongsList are wide opened to receive one of the greatest of our country. For his loyalty to the idol, for his tireless following every concert, for his reviews in eltonfan, ... a big hand for: Julio V.G.!!!!

Welcome Julio. Could you tell us, please, who are you and where are you from?

I´m Julio from Spain, I live in a little town near La Coruña City, in Galicia. Elton visited La Coruña in 1992, with The One Tour! 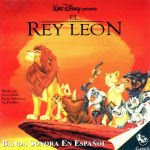 I have been an Elton fan since 1994, when I first heard on the radio "Circle Of Life" and "Can You Feel The Love Tonight," and became a bigger fan with his brilliant album "Made In England", in 1995. I buy his music , because he is simply the best singer in the world!

He is, certainly! What was it like seeing Elton for the first time and how many concerts have you been? Have you even been front row? And also, could you tell us if you ever have been in touch with him?

My first concert was in 1999, during his "Solo Tour" at the "Plaza de Toros de Pontevedra", Spain. I remember this concert with great affection. Elton was wonderful all night, we were only 4,000 people, making the concert a very intimate experience. Elton sang unusual songs in this concert as "Talking Old Soldiers," "Better Off Dead" and the tender "House".

I've been front row many times and it is an unforgettable experience. Without doubt, being front row is the best way of watching and listening Elton, but it is not easy to get to that position, you have to pay high prices or spend a lot of hours waiting in a queue.

I remember the concert at the Palau Sant Jordi in Barcelona, Spain, with his "European Solo Tour 2003" which was the first time that I could touch Elton, and got an autograph on my LP! It was a magic moment and totally incredible, a dream come true.

Wow!!! Well, which of those concerts remains unforgettable for you? For what reason? And how should be your dreamed concert? And which one of Elton's live shows you thought you should be there, if you could, even back in time?

All concerts are unforgettable, but probably the most memorable will always be the first in 1999, in Spain, my country!

My dream concert would be an original and unusual Set List, I would like a Set List similar to the ones in "Made In England Tour" and "Sleeping With The Past Tour," where he sang songs like "A Word In Spanish," "Made In England" , "Healing Hands" ...

I'd love to go back in time and be able to attend the 1986 tour in Australia, where he recorded his LP "Live In Australia," with the symphony orchestra. No doubt it would have been a dream to attend those concerts!

In 2004, I attended a concert at Wembley Arena, in London, UK, with the symphony orchestra and I could hear songs such as "Sixty Years On," "The King Must Die" or "I Need You To Turn To," which made me recall, for a few minutes, that concert in Australia 86.

Fantastic! With “Rocket Man”Elton had his first success in Spain. Then it was “Nikita”and then “Sacrifice”. But, apart for the “Candle in the wind 1997”thing, Elton hasn’t had the success I think he deserves, in sales terms, in Spain. Why do you think is that so?

The answer is simple: advertising. Today in Spain, Elton´s music is not advertised AT ALL, and the blame is solely on his record company UNIVERSAL MUSIC, that only advertises singers who only have 1 or 2 hits in their careers, and forget the brilliant Elton John.
UNIVERSAL MUSIC hasn't advertised any of his albums from "Songs From The West Coast" to "Peachtree Road" and "The Captain and the Kid" as none of these albums have entered into sales charts in any radio station, such as "40TV" or "Los40Principales". His last record "Rocket Man: The Definitive Hits" has not been advertised at all ... I hope this situation changes for his next album as I wait a new record in 2009!

Once AnnaBCN talked about "people (of our) age are unable to name 3 songs written by Elton John. The paradox in all this is that, at the same time (she said), when I tell people I’m an Elton John fan, they accuse me of having a lack of originality". I really feel the same so many times... it's hard to be an eltonite in Spain, then?

I think it is not difficult. Maybe it depends on the personalities of each person ... What is clear is that being an Elton John fan is, without any doubt, a pride.

I've met many people who criticized me for being an Elton fan, and after listening to 2 or 3 songs, they have changed their minds and asked me for more music from him.

Young people, have no reference to Elton John. They don't know him in Spain, because neither the radio stations nor the TV channels advertise his music ... which is a crying shame.

Yeah, for that reason... Which is your Elton's item that you really appreciate, for being hard to get or for the happiness you've got to have it?

My limited edition box of "Live in Australia" is the item I appreciate the most because it's from 1986 and it's still sealed.

Ok! Finally, could you tell me your five favourite Elton's songs in running order, for my AllSongsList?

I would like to say to other eltonites to promote Elton's music with their friends and take them to a live show so that they can live the "eltonite experience".

Oh, nice!! Recently we have seen Eltons projects for 2009: a duet with Charles Aznavour, a studio album with Mark Ronson, Touring with Ray Cooper and with Billy Joel, new musicals... Is he in good form, he isn't?

I'm very excited about all the new projects for next year, for example, the new Las Vegas show and the rumours about his solo piano tour and also with the orchestra.

That should be followed, of course. Well, I am really happy you accept it this interview and I have great time doing it with you. Take care!!!
by Jackrabbit on 2:55 am