The Story Behind "Turn To Me" 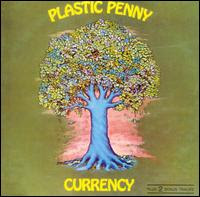 Elton and Bernie were a bit disappointed with few musicians expressing interest in their songs. The exception was “Turn To Me”, a song that fit neatly in pop vein, as Dick James Music wishes, and a song that Elton John never recorded. Plastic Penny recorded this early Elton/Bernie tune on their 1969 "Currency" album, which Nigel Olsson sang backing vocals on as well as playing the drums.

James encouraged the pair to write hits for mainstream acts like Engelbert Humperdinck but without such success: “Taking the sun from my eyes” was the “B” side of a single by Ayshea; “The Tide Will Turn For Rebecca” was for actor Edward Woodward new DJM acquisition; “When The First Tear Shows” was the “A” side of Brian Keith. Finally they decided to play themselves their own songs. The rest is well known.

Your laughter has died in the heat of the night
The people they pretend that company is bright
But brighter you'll wait by the phone that has died
Don't bury your hopes, there's nothing that's left for you to confide in

But you seem to be happy just for now to go on
Try to see through them baby, can't you see what is wrong
You're hurting yourself more that you'll ever know
You're pushing the people to tell you to go"
by Jackrabbit on 11:27 am