Jack Rabbit In London (I): The Elton John Tour 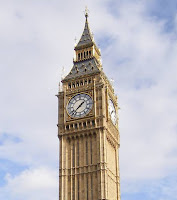 The first episode begin with a dream came true: I visited London for first time. It was 1996. Only me. Well, with an old suitcase. And some money. I told goodbye at home, "you can book my room" I said to them. I wanted to live an adventure, in the big city. Travellin' from Spain, arriving in London and... what was presented.

I wrote in a book every Elton John adress because I wanted to do what I called the Elton John Tour. Some clothes, money and little more. A lot of illusion, yes.

I arrived in London on 8th july 1996, it was monday. I kissed the floor when I went off the plane. I was there. I took the subway and bring a site on the panel, the most central possible. Bayswater... well, that's fine!!! Near Hyde Park. Not an expensive hotel. Royal Bayswater Hotel, Queensway. I thought: "Let's gonna practice my english". Wow!!! It was difficult to speak the language. One thing was being in english class, other thing speaking fluently in the city. They didn't understood me. Only I had to say: "I wanted a room". When I began speaking in english, he answered me in spanish. "Hell! I may do it very badly. But... How he knows I am... spanish?"

A shower, the camera and my daily travel. First objective: Buckingham Palace, Big Ben and the Houses Of Parliement and Westminster Abbey. "Oh!!! That's Beatiful. There are many guards, and closed streets. Who comes?" It was Nelson Mandela, who visited the Queen in Buckingham Palace. Some pictures... "Well, go to Trafalgar Square and Piccadilly Circus".
by Jackrabbit on 2:06 pm