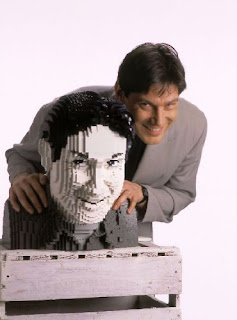 Dirk Denoyelle is an amazing voice imitator, a singer, who has a Masters Degree in Electronics Engineering. Born in Roeselare, West Flanders, Belgium, in 1964, he is probably the most versatile comedian in Europe. Very soon his incredible voice talents were discovered by national radio and TV.

Also he is a well-known speaker. What most surprised is his ability to turn a boring seminar into an interesting event: "Dirk Denoyelle listens to what the other speakers have to say, and immediately gives his funny comments. After every speaker" explained the website. "Dirk Denoyelle also makes sure to also pass your message. And because your message was repeated in a humoristic way, it sticks to the audience". No worries for languages: he's able to speak in Dutch, English, French, German, Spanish and Danish, and would not get lost in a few more. More than this, he also performs at a conference dinner or a client event. In these cases he makes a show together with his keyboard player Kris De Jean. Two CD's with his work were published, with the best songs and sketches of the 6 theatre shows he has written and played so far. 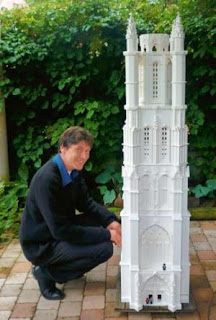 Dirk is also one of 13 LEGO certified Professionals in the world: "In my life, there have been three different LEGO episodes: from age 7 till 18, enjoying LEGO as a kid, building cities, cities and.. cities. From 34 til 43, picking up LEGO as a hobby again, and building heads of famous people: they were kind of a publicity stunt for my theatre work. And then, early 2009, I turned the hobby into a profession and became an LCP" he likes to explain. Lego came to be called from the Danish phrase leg godt, which means "play-well". The Lego Group began in the workshop of Ole Kirk Christiansen, a carpenter from Billund, Denmark, who began making wooden toys in 1932. The LEGO Group's motto is det bedste er ikke for godt which means roughly "only the best is good enough" (more literally "the best is never too good"), and it was created by Ole Kirk to encourage his employees never to skimp on quality, a value he believed in strongly. So as Dirk. His goal is to do a tour of museums in Europe and show not only his heads, but also his buildings, including the Ghent towers (currently on display in the Zebrastraat’s STAM museum) and two-dimensional mosaics.

Finally, here's a great video about the art of buildin':

pictures courtesy of Dirk Denoyelle
by Jackrabbit on 2:21 pm

Etiquetes: Articles, Eltonites' Have Talent, The Weekend Of...