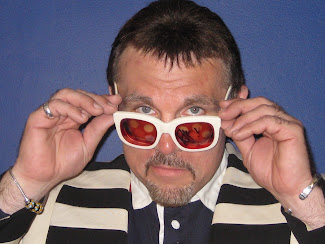 In these uncertain times, absent new music from Elton’s piano and Bernie Taupin’s pen, this enlightening, comprehensive collection of old and rare music from The Captain and The Kid (and others) is a most welcome surprise – a comforting gift to the fans.

And that is what it is: a most grateful gift.  The casual Elton John fans looking for just the best-known, radio favorites have been indulgently catered to for decades.  Finally, Elton’s diehards get their due.

Because for more than 45 years, longtime fans have been enduring an onslaught of frustratingly re-packaged and re-configured greatest hits compilations that basically recycle the same 25 songs.

Ironically, vinyl and CD compilations distributed by Pickwick Records in the ‘80s, may have been budget bin throw-offs, with titles like “The Album,” “The Collection,” “Song Book,” and “Love Songs,” but these stood out for their impressive mix of big hits and idiosyncratic deep cuts, and I admit I played them more than the “legitimate” hits collections.

The most recent and re-mastered, three-disc “Diamonds,” is the best of them all, so no need for more.  Despite decades of these redundancies, we fans have bought them.  All of them.  We have to. 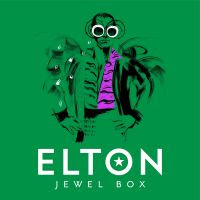 “Elton: Jewel Box” is a marvel.  It’s aimed to celebrate Elton’s indisputable legacy.  And it’s about time. Elton’s full legacy must be exposed to the masses and established for the ages for its originality, innovation, heft, and high standard for quality.  During the last 50-plus years, Elton John has been ridiculously prolific and popular.  But it’s been a blessing and a curse.

The blessing: the global embracing of Elton’s most beloved hits has made him one of the most successful musical artists of all time.

The curse: those scores of timeless, crowd-pleasing classics have obscured the true expanse, diversity, depth, and breadth of his complete career output.

And though he is currently taking a prudent pandemic hiatus from -- as he describes it -- “being Elton,” to rest, get fit, and spend some unexpected and prolonged quality time with his family, he cannot lose sight of the endgame; he must proactively position his full legacy.

Unlike fellow classic rock peers like Bruce Springsteen, Neil Young, David Bowie, and Freddie Mercury, the music critics won’t do it for him.  They never have.

Dating back to his rousing U.S. debut in August 1970, Elton quickly went from favored critics’ darling to pop’s punching bag within a couple of years.  Literally overnight, Elton was “it,” thanks in large part to Robert Hilburn’s raving review in The Los Angeles Times declaring Elton would become “one of rock's biggest and most important stars.”

He returned to England a supposed conquering hero, but the British music press that had previously given him little more than a passing glance was not prepared to pass Elton the pop crown.

In 1970, the British press felt it had it had the right to ordain rock music’s next big thing” after The Beatles’ abrupt break up. Elton John was not their choice.

While the Brit press pushed their “preferred” heirs like David Bowie, Marc Bolan and T-Rex, Roxy Music, and The Faces, Elton began to steadily and  impressively climb the charts and sell-out bigger and bigger venues.

Leading U.K. publications’ like the New Music Express covered Elton in the ‘70s more out of obligation than enthusiasm.  More gossip than deep musical analysis or genuine excitement.

Even though they had first crack to recognize his talents and potential, the U.K. scribes seemingly punished Elton for leaving British shores and finding fame without their approval. And they have held the grudge ever since.

The U.S. music press initially welcomed Elton’s sudden ascension because back then, anything imported from Britain carried cache.  Less than a year after his August 1970, arrival, Elton grabbed the coveted cover of Rolling Stone, on June 10, 1971.  Still, he was viewed more as a temporary, interesting oddity.  Hardly a hero.

In the early ‘70s, Elton didn’t meet the music press’s expectations of a “new sensation.”  It wanted a Dylanesque artist to change music, the culture, and the social order.  Elton made music that entertained.  It wanted a guitar player. Elton played piano.  It wanted a rock god with Mick Jagger looks.  Elton’s physical frame didn’t fit into hipster hip huggers.  It wanted singer-songwriters who bared their own souls and emotions though their songs.  Elton didn’t write his own lyrics.

And later, even as Elton dominated the music scene from 1972-76, eventually the U.S. music press passed him off as a mainstream popster rather than a “serious” artist and treated his music as such.

Looking back at Rolling Stone reviews of Elton’s classic ‘70s output – including the masterpieces, “Goodbye Yellow Brick Road,” “Captain Fantastic And The Brown Dirt Cowboy,” and “Blue Moves” -- they are lukewarm at best, begrudgingly complimentary in spots, and focus more on his flamboyant persona than the songs at hand.

Rather than exalting Elton for his melodic diversity and seamless spanning of many genres with authenticity and passion, he often was dismissed as derivative or a shallow imitator.  And during this era, though Taupin often tackled tough and taboo topics including racism (“Texan Love Song”), homelessness (“Razor Face”), prostitution (“Sweet Painted Lady”), lesbianism (“All The Girls Love Alice”), mass murder (“Ticking”), drug use (“Feed Me”), and suicide (“Someone’s Final Song”), among others, he rarely was credited for bravely venturing into such non-pop subject matter.

Further, after gracing its cover in 1971, 1973, 1974, and 1976, Rolling Stone did not feature Elton on its cover for another 35 years – until February 17, 2011.  This inexcusable oversight despite Elton achieving “cover-worthy” milestones within those three decades including his groundbreaking Russian tour in 1979; his solid ’80s comeback; winning an Oscar in 1994; comforting a grieving the world in 1997 at Princess Diana’s funeral; conquering Broadway and The West End with original music that forged the hit stage shows “The Lion King,” “Aida,” and “Billy Elliot;” and making some of his best albums of his career (“Songs From The West Coast” and “Peachtree Road”) in the early 2000s.

And despite the acclaim, the awards (none of Elton’s ‘70s albums or songs won a Grammy) and the many unrivaled accomplishments, Elton’s music still is judged by and mostly known for…the hits.  That’s the historical perception that must be changed or at least expanded.

To assure Elton’s music is still being played and enjoyed in the coming centuries – yes, centuries – similar to the music of Mozart, Beethoven, Bach, Gershwin, Bernstein, and other timeless musical artists, the work and heavy lifting must be done now.

For instance, in addition to retrospective releases like “Jewel Box,” Elton also can help his cause and inject excitement into his older catalog on stage.  After his current “Farewell Tour” ends, the advantage of Elton finally staging an appetizing “Deep Cuts Concert” that’s he’s been teasing for many years, and featuring a wider variety and more “unknown” songs from all phases of his career can establish a much-needed appreciation for these older tunes.

While the world sings along to the massive hits such as “Your Song,” “Rocket Man,” “Tiny Dancer,” “Crocodile Rock,” and “I’m Still Standing,” the diehard Elton fans have been singing the praises of lesser-known album tracks including, “Harmony,” “High Flying Bird,” “Ticking,” “I Feel Like A Bullet (In The Gun Of Robert Ford,” “Burning Buildings,” “Blue Avenue,” and dozens of others.  More people need to hear and know these “other” songs.

Yes, Elton and Taupin undoubtedly will continue to look to the future with new projects and new music (in Rolling Stone magazine, Taupin recently revealed he has written more than 20 new lyrics that he describes as “special,” that are just waiting for new Elton melodies).

And they both would rather not than dwell on their past – but it’s one helluva past.  It should be dwelled on for history’s sake.  The Elton John and Bernie Taupin team deserves it.

Hopefully, “Jewel Box” is the beginning of a regular record release effort to rectify, unify, and deliver the full scope of Elton’s massive musical canon, and elevate it to a higher level in the ears of the public  the critics, and the rock historians.

Because Elton John rightfully belongs among the most respected, talented, popular, and successful musical artists and songwriters of all time.

“Elton: Jewel Box” is impressive first step toward that goal. 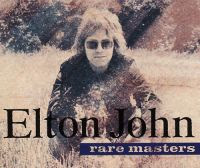 Technically, it’s a second step.  In 1992, the excellent “Rare Masters” collection was the “first step” and the best of Elton’s past compilations.  It astutely amassed some of his best music up to that point that fell through the cracks since Reg Dwight became Elton John.

The well-chosen collection of early music, ‘70s B-sides, and the misunderstood and under-appreciated  “Friends” soundtrack from 1971 – which still has never been released as a standalone CD –  offered a refreshing and deeper level of Elton’s musical history.  It gathered laudable, scattered early material into one, detailed, convenient package and historical listening experience.

Unfortunately, “Rare Masters” was never followed up with additional collections through the years that could have continually shed more light on Elton’s old material.  Finally, almost 30 years after “Rare Masters," “Jewel Box” and its clear commitment to Elton’s legacy has arrived.  The new set is not flowery, stunting nostalgia, but rather, necessary, and legacy building.

“Jewel Box” is proof Elton’s vaults are lined with plenty of dusty, musical gems waiting to be unearthed.  He may claim after this collection there is “nothing left in the tank,” but based on remaining demos and desirable outtakes from the last several decades floating around on YouTube and on bootleg vinyl and CDs, yes, there are more unpolished “jewels” to be mined.

These notable nuggets from the past – like the recent “discovery” of the exquisite and ear-delicious “jazz version” of “Come Down In Time” (it’s a shame this was found too late to be included in “Jewel Box”) -- also deserve to be re-mastered, historically annotated, and given their time in the spotlight.

“Elton: Jewel Box” offers revelations for all audiences.  Newer fans now have a wealth of “new” material to digest, process, and add to their overall knowledge.  Though most longtime fans have heard much of this material on bootlegs, as CD re-issue bonus tracks, or on the original vinyl, there are still many startling moments for even the most avid “Eltonographer.”  Thankfully, “Jewel Box” organizes it and presents it in excellent sound quality.

As a pure listening experience, “Elton: Jewel Box” is unequaled for providing a dynamic, sonic portrait of Elton’s music, from fledging upstart to rock phenomenon.

From a historical perspective, it is detailed and inclusive, but still not definitive.  There are more songs and eras that demand attention. Granted, this may be nitpicking when you consider all the material that is on these eight discs, but nonetheless, it’s true.

Could any collection truly please every Elton superfan?  Of course not.  No fan is ever completely satisfied when any new material is issued.  This intense scrutiny is at the core of every diehard fan.  It’s what makes fans endlessly endearing…and probably, in all honesty,  a bit irritatingly irrational.

But it is all offered from a devoted, positive place of admiration, deep feeling, and intangible connection.  We just can’t get enough of “our” Elton.

When viewed and listened as a whole, “Elton: Jewel Box” unfolds like a musical scrapbook – literally and figuratively.  It’s compelling packaging and painstaking attention to detail all compiled in book form is eye-catching and user-friendly.

Ultimately, for the diehard fans “Elton: Jewel Box” is a joyous validation of our seemingly life-long devotion, obsession, and admiration for Elton John, his talent, and his music.

“Jewel Box” and its riches enables Elton John fans of all levels to proudly proclaim, “I told you so.”

(Picture of Jim Turano courtesy by himself)

Etiquetes: AllSongsList, Articles, Fifth Of A Kind, Four Of A Kind, In Albums