The Eltonite's Day With... Roberto Mistico!!!!!

Hello eltonites. Well, this is the last day of the season. I will take a vacation, a free days, just to think what I'm gonna do next. I am thinking about new things, new sections, more articles, new interviews with the idols, and other things. Meanwhile, it will be an update of allsongslist with new entries. But I would not finish the season without inviting an eltonite, the true meaning of allsongslist. It had to be a new one, but someone so passionate to the artist, with a great knowledge of him, and specially, a good taste in music. I searched in Italy and his name came to mind: ladies and gentlemen, a true fan: Roberto Mistico!!!!

Hello Roberto, I am so pleased with your acceptation. I am glad to have you here and I am so honoured. First... Could you tell us, please, who are you and where are you from?

Hi, my name is Roberto Mistico, I'm 23 years old. I live in Rieti, a little city in the centre of Italy. I'm a computer repairman and I'm an CAD designer, My biggest passions are music, cinema, computers, video-games, sports and obviously... Elton!

Obviously ;-) Then, when did you became an Eltonite? Remember the first time you heard Elton's music and what moves you to buy his music?

I'm a “young” Eltonite. The first time that I heard Elton's music was in 2001, with the song “I want love”. This song became immediatly one of my favorite songs... I love the song and the video... But my true love for Elton's music began in 2007 when I saw the concert “elton60” at Madison Square Garden. I remember how I was enchanted by every single song, by his presence on stage and by his charisma. From witch day (15/08/2007) my eltonite's life started! I began to listen Elton's music every hours, to collect vinyls and CDs, go to see concerts...

Great!!! Which is your Elton's item that you really appreciate, for being hard to get or for the happiness you've got to have it?

Only if you can consider it an item, certainly, the photos that I did with Elton and David at 29th december 2009 in Venice. I fought for it and after many attempts I succeeded. It was fantastic... This was one of the best experience in my life...

For sure! What was it like seeing Elton for the first time and how many concerts have you been?

The first concert I saw was in Venice 2008 (a solo piano show, 09/07/2008). This was special for me, I was at third row and I also managed to tap Elton and took an autograph. The concert lasted less than normal and now I know that wasn't a memorable concert, however it will have always a special meaning for me. After Venice 2008, I saw Verona 2009 (band), Naples 2009 (solo), Milan 2009 (with Ray), all in the first rows. I already have the tickets for the italian 2010 shows in Milan, Rome (2) and Taormina. I'm looking forward to September. My favorite concert are Milano 2009, with Ray Cooper, absolutely fantastic!

I would :p. If I didn't work and I if had enough money I'd follow him everywhere :D.

You met Elton, and I think more than once... how do you manage to get to him?

I met Elton three times. It takes a lot of lucky and determination, you must never give up, I have failed many other times, doing unnecessary trips, but when you finally met him you understand that it's all worth.

Would you help me to develop a set list for Elton? And you prefer the band, an orchestra, Ray Cooper, definitive, what type of show it should be?

I love the Elton's concerts with Ray, but my desire is to see a concert with orchestra. I never had the opportunity to see that live. The songs that I'd like to listen live are (some of them he doesn't play it so much): Hymn 2000, First Episode At Hienton, The Cage, Country Comfort, Goodbye, High Flying Bird, Roy Rogers, Harmony, Ticking, We All Fall in Love Sometimes, Island Girl, Chameleon, Where's The Shoorah, Take Me Back, Sartorial Eloquence, The Fox, Empty Garden, The North, I Just Can't Wait to be King, Man, Belfast, The Wasteland, Its Getting Dark In Here, Blues Never Fade Away.

A great list!! Which concert do you think now you should been there, for its rellevancy, for the particular show, for a funny costume he wore...?

What do you think about the new project with Leon Russell? What could we expect about this album? It seems eltonites are so exciting now about this, not at first sight but when they saw the great cover art the album is. Could we be in front one of Elton’s hits of the century?

I'm waiting with great hope the new album. The only song we heard, never too old, is fantastic. Leon Russel and the other musicians that play in “the union” are very good and certainly will be a quality album. The cover is simple, suggests that there is only the music. And I think that the Eltonites want this: the music, the music of their idol, one of the greatest musician of all times.

Yes. Apart from music, which are your interests? What you like to do with your off time? 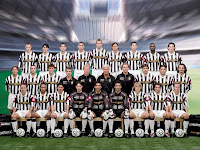 Apart from music (my big interest), I see films, I play with videogames... I'm a fan of technology. My other great passion is football, I'm a supporter of Juventus Turin F.C. I see almost every matches of the major european leagues. I also like basketball and tennis.

Mmh. It's very difficult... I try: Indian Sunset, I Want Love, Goodbye, Rocket Man, The Greatest Discovery...but there are many others...

Thanks! Would you want to add some observation or suggestion, or something you want to say to other eltonites?

I'd like to say to appreciate more Elton, he's one of the greatest composers of the history of music. Unfortunately in Italy Elton is not very appreciate, even by some fans.

Thanks a bunch, Roberto. Really a pleasure to chat with you. I was funny doing this interview with you, it was an enjoyable and worth experience for me and you did it very very well. Thank you. Take care.
by Jackrabbit on 3:36 pm