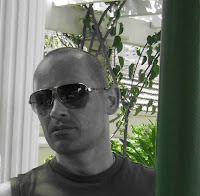 Hello Eltonites!!! Today is a special day. You know that's the week Of Giorgio Aquilani, right? Well, Giorgio couldn't compose any of his songs without the man on my side. I really discover him, a genuine lyricist, a great person. Along with Giorgio, they make a good team. So, let's welcome Ivan, the one who writes the words for Giorgio. Nice to have you here, Ivan.

When did you become an Eltonite? Remember the first time you heard Elton's music and what moves you to buy his music?

The first Elton record I bought was Breaking hearts, in 1984. I have listened to many of his songs before but I actually felt in love with his music from that moment on. I love his music simply because it moves me, it is a perfect blend of music and lyrics that shakes your emotions.

Right!! Which of your Elton item's that you really appreciate, for being hard to get or for the happiness you’ve got to have it?

I have a Versace Elton vest that Giorgio and Dario (2 Elton fans) have given to me from one of his sale “out of the closet”. I have to say that what I really adore are his vinyl records. What I really want to have most of all is a Bernie autograph or dedication on one of his lyrics, maybe one day.

Hope so! What was it like seeing Elton for the first time and how many concerts have you been to? And also, could you tell us if you ever have been in touch with him, get a signed autograph or even, speak with him or with other member of his band? 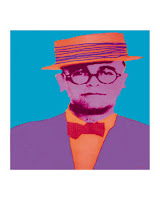 I have seen Elton for the first time in the wonderfull arena of Verona back in 1984. I have a little story about that: I went with a Watford scarf and I was not far from the stage, before singing Daniel he said “I see there are some Watford fans here, this next song is for them!!!”. That concert was also shown on tv.

Hahahaha Good!!! Although Elton worked with other lyricists, like Tim Rice, Gary Osborne or Tom Robinson, his landmark work has been with Bernie Taupin. How do you analyze Bernie as a lyric writer? Which is the difference between those lyricists?

Tim Rice is a genius, he knows how to work. Technically perfect. Tom Robinson puts his heart in his lyrics. Bernie is art, something new and old at the same time, he defined his own style in lyric writing. He can write different kind of lyrics but always recognizable. I think what really made me love his words is that he can create stories and worlds in his songs and he digs in there till he finds emotions (Levon is a great example). They are like great paintings the more you look at them the more you discover.

All right!! You, as a lyricwriter, have you been inspired by one of those in some way? Or maybe an Elton’s picture, some word of any song, a costume, has been reflected in some of your lyrics? And which other lyrics writters have influenced you? 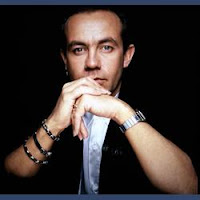 I tend to read the lyrics every time I buy a record, and I have been influenced by many (Bob Dylan, John Denver, Mika, James Blunt, Cole Porter and many many more). Bernie remains my main reference, he has inspired me since the first time I have heard Elton’s songs. He really wrote some perfect lyrics (Tiny dancer, Your song, Ticking, The ballad of the boy in the red shoes and many more).

If Elton asked you someday to write music in one of your poems, which lets you?

Poem to life or probably one that I have not written yet.

And which one of Bernie’s lyrics do you think “I should have written that one”?

Many! Tiny dancer, Come down in time, The greatest discovery, The one and of course Your song.

Giorgio told us about the recording process of the album you’re presenting, “Party Of The Century”, as “two years of intense work all around the world” in your own words, delivered nice and unforgettable moments. Any anecdotes you could share with us?

What is unforgettable to me is the moment my words become notes. I have to say that I have been so lucky as to meet people like Bobby Kimball, Mika and Ron Carter thanK to this record, and these have been very special moments. I used to be a Toto fan when I was younger and I would have never thought that one day he would have sung one of my lyrics!

Do you discuss with him how the melody should be or you give him free hand?

I send him my lyrics, let’s say 5, he chooses one or two (usually the worst ones) and after a few days he send me the final result. Often when I expect a ballad I receive a rock song and viceversa. When you create a lyric usually you have a melody in your mind but it never is what comes to the mind of the musician, except a few cases (I’ve seen you for example reflects what I had in mind). We laugh a lot about our creating process and this is great.

Do you get surprise when you heard what Giorgio has done with your lyrics?

90% of the times. Nenna’s last symphony is a typical unexpected surprise!

I love music, I listen to it a lot. I tend to read artist biography, lyrics etc. I love musicals. I like reading, going to the gym, surfing internet, cinemas, and I have a passion for good food and wine.

You song
Levon
Crocodile rock
The greatest discovery
The one

Dear Elton fans I am sure you are all very compassionate people, with deep feelings, often fragile, don’t let anything change what you are because you are what dreams are made of, even if somethimes it’s hard.

Thank you very much, Ivan. Really it was nice to share our time with you. I wish you and Giorgio a big success with the new album, you deserve the best because you put so much effort in there and the result was happily unbelievable. That's a masterpiece, really.
by Jackrabbit on 3:15 pm