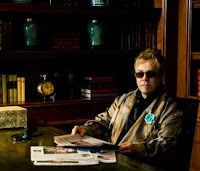 Anyone could imagine an Elton's Day on one of the most recognized radios in UK, for Elton's birthday? Anyone could imagine a radio station promoting a song for Elton like "Original Sin", for an event created with the pretention to make smile Elton? Yes, one person, and it's not me. That's Nigel Coleman, who contacted one of the greatest fans over the world, George Matlock. We had the opportunity to reach so many people in UK, and it was a profit occasion. Me, I contacted George Matlock and, in two days, we promoted the event about "Original Sin" due on the radio on thursday.

Maybe that was a short time to do it, but before we did, we are plenty satisfied. "A lot of emails with greetings about Elton's songs on the radio, it was nice" said Artur Skupienski, the chief producer, about the Elton's Day on Radio ORLA. We could hear some of Elton's songs that we could never heard on the main radio stations, normally. Classic, obscure songs, "B" Sides, duets, lives, etc. and "Original Sin" shining above all. It was quite amazing to hear these songs live, that didn't happen very often. 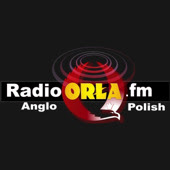 Radio ORLA, is the most established Anglo-Polish radio station broadcasting the latest news, entertainment and playing the latest music to the listeners across the globe through the internet and on FM in West London. Established in 2006, Radio ORLA is situated in Ealing, London. With the state of the art radio-shows and fully qualified staff, Radio ORLA FM delivers a tailor-made news and advertisements to a wide variety of listeners in the UK, Ireland, Poland and other countries.

Radio ORLA FM produces unique radio-shows, including news stream, music and fashion shows, interviews with renowned people and advertisements for the clients. Tailored to the client's requirements, the advertisements and sponsored shows are the best way to build company's brand awareness and deliver the best consumers. The advertising and sponsoring services are available at reasonable price.

With a team that includes 20 experienced staff members, Radio ORLA FM has a professional team, qualified in radio presenting, reporting, news reading, editing, etc. "We play a lot of English and other European music. And since start of the year we are developing a playlist where in April only the music from April charts 1960-2010 gets played. Its a unique approach and means 12 different playlists a year" explained George Matlock, the director, about future projects. "No other radio offers that much!" added. Kindly, Artur sent me the Elton's songs on the playlist, all were on air yesterday:

Other thing, Ulrike Sherling, for her part, had the very good idea to promote our event in Germany, explaining that "on radio HR1 8.13 MP local time they played 'Original Sin'! I hope along with my greetings, where I mentioned it's the fans' officially chosen birthday song for Elton!". Thanks to her too.

We never ever will see a playlist like this, I am afraid. Or maybe not?
by Jackrabbit on 8:50 am