Please, Eltonites, open up your heart to receive a very special guest....

Well Eltonites: Today we have an special guest. She's an exceptional athlete, winner of County, State, National and Regional competitions in gymnastic. Her mother enrolled her in gymnastic classes when she broke her collarbone and she excelled. She performs on the Balance Beam, Uneven Bars and the Floor.
Back in her earlier days, she also performed on the Vault. Also, she's a truly eltonite and uses Elton's music in her performances, finding the inspiration in his music. In fact, her performances included the tender "Tiny Dancer" for her routine on the Balance Beam and, the winner, "Grey Seal" for her routine on the Uneven Bars. Is this blogsite's honour to receive a championship winner: the fantastic and beatiful... Missy!!!!!!!!

I am both a State and National Gymnast from New Jersey. 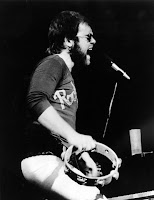 I became an Eltonite about seven years ago. I heard Eltons music many years ago as a teenager. I had purchased Eltons music because it has been a major achievement in winning the Gold Medal.

Great! What was it like seeing Elton for the first time and how many concerts have you been? And also, could you tell us if you ever have been in touch with him, get a signed autograph or even, speak with him or with other member of his band?

I saw Elton for the first time in 2002 and it was an "Awsome" experience. I have been to seven Elton John concerts. I have never been in touch with Elton. However, last April while attending the Gainsville concert, I had brought my Gold Medal. I was able to rush the stage and Elton did sign the Gold Medal ribbon. I also was able to speak with Nigel Olsson, Bob Birch, Davey Johnstone and John Mahon regarding the fact I am a State and National gymnast using Eltons music for my gymnastics routines. They were all kind enough to sign the Gold Medal ribbon.

You have a great story about John, precisely... Do you mind to share that with us, please?

While in Gainsville, I had the opportunity to meet John Mahon while they were on the road. I was able to share with him the fact that I am a State and National gymnast who is performing three of my gymnastics routines to Eltons music. While I was chatting with him, I also shared the GOLD MEDALS that were won while using Eltons music. John was thrilled about this.

Wow!!! Which songs you used for your gymnastic exercises and which ones are appropiated too?

I have just updated my music for the next gymnastics meet. I will be performing to Eltons Burn Down the Mission on the Uneven Bars. For the Balance Beam, I am going to continue to perform to Tiny Dancer. My new Floor routine will be performed to Saturday Nights Alright for Fighting. I look forward to performing the new routines in the upcoming competition.

Elton had his golden age era in the 70s, especially in your country, the U.S.A. What do you think about how it was the impact of his bisexual confession in 1976?

I think he's a great musician and artist, his sexuality has not hindered his success.

I really don't have any Elton items. I am just thrilled that he was able to hold and sign the Gold Medal ribbon.

Finally, could you tell me your five favourite Elton's songs in running order, for my AllSongsList? (answer)
My favorite Elton songs are

Thank you everyone on the Elton John Forum for all of your support. Many of you have given me some helpful suggestions regarding my gymnastics. I look forward to sharing the next gymnastics meet with you.

Thank you Missy, really a pleasure to chat with you. Enjoyable experience.

It's funny how we eltonites find inspiration in Elton's music in different areas of our life: romantic sides, some as the soundtrack of his/her own life, some professional uses and for winning a gold metal, as Missy did in the 2007 National Meeting in Philadelphia.

Take care and good luck!!! We would like to share your success in the next meeting if you want... I wish you all the best and all the luck you deserve... the E. spirit is on you!!! Go on!!! "Bring your family down to the riverside...."
by Jackrabbit on 7:09 am