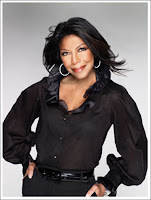 Natalie Cole, born 6th February 1950 in Los Angeles, is the daughter of noted crooner Nat King Cole and former Duke Ellington Orchestra singer Maria Hawkins Ellington Cole. Her debut album in 1975, Inseparable, resulted in chart success with the single "This Will Be (An Everlasting Love)" (#1 R&B, #6 Pop). Her performance of the song won her a 1976 Grammy for Best Female R&B Vocal Performance. The eight-time Grammy winner continues to astonish with her vocal dexterity and her intimate, knowing way with a lyric and melody. "The whole description of a great artist is that there is something about them that touches us that we do not really understand what it is, but we know we like it," said Natalie Cole about Elton in the fundraising event of the annual ELLA Award.

James Newton Howard was born on June 9, 1951 in Los Angeles. At the age of two, James already showed an affinity for the piano and two years later he started following classical piano lessons. After his formal classical education in the early 70s, James would turn to popular music. James developed an interest in synthesizers very early on. He produced his first solo album called James Newton Howard (1974) [James added "Newton" to his name to avoid confusion with similarly named artists] but, unfortunately, his solo album wasn't successful enough. In 1975, at the age of 24, James joined the band of one of the biggest popular artists of the time, Elton John, beginning a relationship that has approached the 30-year mark. After James left the Elton John Band he formed the (short-lived) band China. At the end of 1985 James' musical career path would make a dramatic turn that would change his life. Quite unexpectedly he was offered to score a small comedy film called Head Office (1986). An important and big year that would put James on the map was 1991, where would score an enormous amount of high quality scores for the films: The Prince of Tides, My Girl, Grand Canyon, Dying Young, King Ralph, Guilty by Suspicion and The Man in the Moon.
by Jackrabbit on 1:27 pm