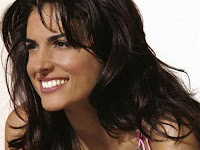 Gabriella Beatriz Sabatini was born on May 16, 1970, in Buenos Aires, Argentina. She started playing tennis at the age of 6, and won her first tournament at age 8. In 1983, age 13, she became the youngest player to win the Orange Bowl in Miami, Florida. She was one of the leading players on the women's circuit in the late-1980s and early-1990s. She won the women's singles title at the US Open in 1990, the women's doubles title at Wimbledon in 1988, and a silver medal at the 1988 Olympic Games. She explained she likes "the ballads of Celine Dion and Elton John, and to sing, by myself or with friends". 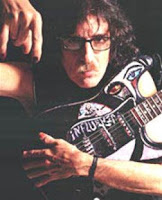 Carlos Alberto "Charly" García Moreno was born on October 23, 1951. Charly began to show musical talent at an early age. At three, he received a toy piano as a gift, and soon he surprised his mother with his ability to compose and play coherent melodies. In high school he met Carlos Alberto "Nito" Mestre and the two fused their bands to give birth to Sui Generis. In 1972, Sui Generis released its first LP, Vida, which quickly became popular among Argentinian teenagers. After the band disbanded, he formed Serú Girán, what was dubbed "The Argentinian Beatles", where Charly began to receive recognition as a great artist. Charly García debuted as a soloist with a double LP, Pubis Angelical ("Angelical Pubis", in 1982. In 2000, Charly and Nito Mestre decided to bring Sui Generis back to life.
by Jackrabbit on 1:06 pm