I do like to make interviews with Elton’s current or past members, there will be more, in fact. But it’s special for me those interviews with the eltonites, on what I called the “Eltonite’s Day”. All of we are like a big family. We known each other through the forums or the msbs. I still remember when I began writing articles for what it was, and still is, one of my favourite eltonsites. The person next to me, along with Rocket Baby, gave me free hand to write about I wanted and they believe in me. And I really love those times. So, let me stand up and welcome one of my favourite people, one of my favourite friends... please, an applause for... Patty Perrin.

Hello Patty, thank you very much for the acceptation, it’s an honour to have you here, with me. But first of all… Could you tell us, more, who are you and where are you from?

Well, I'm a profesional actreess and writer, and I had born in Mexico City, where I still live. 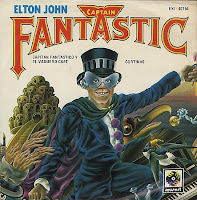 Yes, I was a teenager when a very close friend of mine (Javier Zavala) was listening the Elton's cover to "Lucy in the Sky With Diamonds". I was amazed with the result, so I asked him who was the singer and he told me: Oh, Elton John and then he showed me his record photo and a discovered a funny man wearing a hat, platform silver shoes and huge glasses, and since that moment I became is fan because I was trapped by his talent and sense of humour.

The first time I saw him in concert was at the Azteca Stadium (also the first time he ever pefrormed in my country) and I just couldn't believe he was here. By the moment he played "The One" I really felt my heart bumping so fast that I thought it would get out of my chest, haha... Later, in 2001, Elton return to Mexico and I got the chance to be at other 3 more concerts at the Auditorio Nacional. That year I was very fortunate because I was present at his press conference at the Four Seasons Hotel where I finally met him and even asked him a couple of questions. By that time, I was very in touch with a Radio Station (Radio 590 La Pantera) and they asked me to represent them at that event. I could discovered that Elton is a very friendly and simple man. It was a great experience, believe me!

Sure!! How it was Elton’s reception on last show, in México City? Which was the press reaction and review of this show? 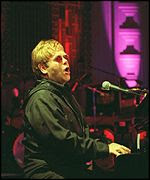 His last time in Mexico was in 2001 when he made a special concert at the Castillo de Chapultepec in benefit of the "Vamos Mexico" Foundation and then he performed 3 more shows at the Auditorio Nacional. The four concerts were sold out and the third one was recorded by the mexican TV cable station "Sky". Everybody was amazed with his playing piano ability and his energy. All the press was present and the reviews were fantastic.

Which could be a great set list, in your opinion? Is there any song that Elton hasn’t played yet, and you think that he should do it? And you prefer the Elton’s solo tours or better with band? With the same musicians as his current band or you miss someone of the past?

Well, Elton uses to play his hits because there are the songs everybody knows and like, but as a fan, I do prefer to hear less popular songs. I LOVE songs such as "Skyline Pidgeon", "Social Disease", "Blessed", "I Think I'm Going to Kill
myself", "Writing", "We All Fall in Love Sometimes", "I Feel Like a Bullet", "Harmony", "Tonight", "Little Jeannie", "Chloe", "Cry to Heaven", "Soul Glove", "Gipsy Heart", "Whispers", "The North", "Without Question", "The Wasteland", "They Call her the Cat" and "And the House Fell Down" just to mention some of them, but it is pretty hard to hear them at concert, specially in Mexico where the radio stations just include Elton's hits, that's the problem... And hearing Elton is always a pleasure. In his solo concerts you can appreciate him a lot as a musician, but when he plays with his band, the energy is incredible. I like both, but if I have to choose, then I say with the band because Davey, Nigel, Bob, Guy and John are also wonderful. And I have to say I miss Dee Murray (as everybody I think) and I'm also "musically in love" with Ray Cooper.... he is so talented!

To be honest, I do not own anything really special. I was very hopeful to obtain one of his autographs when we came to Mexico but I wasn't lucky enough, haha... So, I could say that my favorite items are the receipts that the Elton John AIDS Foundation send me yearly because of the Lunch Around the World events I host in Mexico City. The letters include a Robert Key signature and also the list of the famous persons involved with the Foundation including Elton (of course), David Furnish, Sting, Donatella Versace, Billie Jean-King and George Michael between others. Everytime I see those letters I feel really happy and proud about this benefit activity.

Ok! Elton had great success in Mexico and his singles reached the charts. “Crocodile Rock”, “Goodbye Yellow Brick Road”, “Captain Fantastic & The Brown Dirt Cowboy”, “Don’t Go Breaking My Heart”... Have you got any notice about more chart results? Any mexican compilation or recording on Elton to remark?

Well it's sad to say but in my country you can notice the success of a recording depending if it is also selled by an ilegal way (here we call that "Piratería") and I had seen the "Elton John Greatest Hits 1970-2002" several times, so that means something... 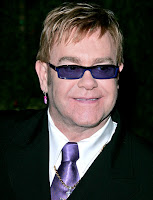 Unfortunately, there are just a couple of radio stations that cares about that kind of music, so it's not very common to hear Elton. And when you are lucky enough, you can't hear anything else than "Your Song", "Don't Go Breaking my Heart", "Crocodile Rock", "Honky Cat", "Sorry Seems to be the Hardest Word", and a few more. It's a better idea if you want to hear him to check it out at the music TV channels of Sky (a cable company), that includes Hits of the 70's, 80's, 90's and Contemporary Adult. But in this case I recommend better to buy his recordings.

eltonjohnmexico is surely one of the best eltonsites in spanish language. What eltonites could find in your website? Now you moved to facebook...

Yes, we had to because the msn websites won't be available anymore. I hope that Facebook could bring more fans in touch and my idea is to make it more interactive so everybody could participate publishing news, photos, videos or whatever they want. Unfortunately, I have a lot of work and sometimes it is not too easy for me to update the site, but everytime I have the chance I do it. Elton John México was created in June 20, 2001 because there are a lot of mexican and latin fans which don't speak English so that was something missing there and I thought it was a good idea to help them in that way. Here we try to focus Elton in our latin vision and I think this makes a difference in the web.

And how it was the Lunch Around The World last celebration? What consisted the event and how you prepare it? And there will be more events, then?

Our last event was finished in March 2008, and we were able to donate around 58,000 mexican pesos (that means around 5,800 dollars) to the Elton John AIDS Foundation. I have the permanent and incredible support of a theater professional company ("La Dama de Negro") which allows me to collect money with the audience who goes to see the play, so between every April and the next March, we are able to send more money to the Foundation. This is the way we are doing it, so at the end of this March we will send more funds. That is how it works every year.

Great!!! Would you want to add some observation or suggestion, or something you want to say to other eltonites?

To keep rocking with Elton!... And if someone is rich enough to see him in concert next January 30 at the Colegio Las Vizcaínas in Mexico City, please send us your report (each ticket concert will cost 9,000 pesos, around 900 dollars) so only the healthy mexican people could get there...but we will see him somewhere else, I swear!... Thanks Miquel... You're amazing!...

PRETTY HARD!!!! As Bernie Taupin would say: ALLSONGS LIST SEEMS TO BE THE HARDEST WORK...

But let me see:

Thanks a bunch, Patty. Really a pleasure to chat with you. I get funny doing this interview with you, it was an enjoyable and worth experience for me.Thank you very much. Take care.

Thank YOU Miquel... Congratulations for your work and loyalty to Sir Elton!