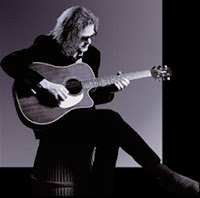 John Jorgenson was born in Madison, Wisconsin, in 1956. into a musical family. His mother was a piano teacher and his father an orchestra conductor and college music professor. The Jorgenson family moved to Redlands, California, before John's first birthday. His father took a job as a professor of music at the University of Redlands. John's mother continued to teach piano lessons in the Jorgenson home. John says, "Music was always around. A bunch of kids would come over our house everyday and play the piano. So to me, as a kid, it was nothing special. Everybody did it. Every kid that I saw played the piano. "Growing up in Southern California, John was playing both the piano and the clarinet by age 8. At 12 he got his first guitar and practiced voraciously while continuing to study classical music on woodwinds. By age 14, John was playing professionally.

Jorgenson did not come to prominence until 1985 with the Desert Rose Band, which he co-founded with Chris Hillman. The band earned five # 1 singles and garnered several awards. During this time, John won the ACM's "Guitarist of the Year" award three consecutive times. In 1993 Jorgenson formed another award-winning group, the guitar trio The Hellecasters, along with Will Ray and Fairport Convention guitarist Jerry Donahue. Originally conceived as a "one off" gig for fun, the group went on to produce three acclaimed CDs and a live video, winning both "Album of the Year" and "Country Album of the Year" from the readers of Guitar Player Magazine for the stunning debut effort Return of the Hellecasters, released in 1993.

John's work with the Desert Rose Band also caught the attention of rock legend Elton John. John explains, "Chris Hillman's wife, Connie, worked for Elton's management company for a long time, so Elton knows Chris. Elton knows everything about music history. He is really into it. So obviously he knew Chris. Connie gave Elton a copy of the Desert Rose Band's first album and he loved it. We were doing a gig at the Roxy in 1988 to promote our second album. Lyle Lovett was the opening act and in the audience was Bruce Hornsby, Dave Edmunds, Nicolette Larson, Stephen Stills, Bernie Taupin, Rose Maddox, and Elton John. I had met Elton just briefly before the show, but I didn't have anything to say to him because he was a star and I was just a guitar player. We did the show and it went really well. After the show we were in the dressing room and I was standing by the door. Elton burst into the dressing room grabbed my hand and said, "Brilliant guitar, f***ing brilliant!" I was shocked. 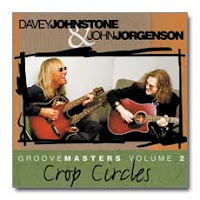 I'd become friends with Elton's guitar player Davey Johnstone and at the time I was starting to do a lot of session work. I'd played on Bonnie Raitt's Nick of Time and I had worked with producer Don Was. Don was producing a couple of Elton's cuts on a box set and so I thought maybe I'd get a chance to work on one of Elton's recordings. John received the first call from Elton in September of 1994. He stayed as a member of Elton John's band through 2001.

John Jorgenson is known as one of the pioneers of the American gypsy jazz movement and he has performed with some of the most respected European proponents of this style, Bireli Lagrene and Romane. He has performed as a solo artist as well as collaborated with other musicians all over the world. His articles and lessons on gypsy jazz have appeared in prominent guitar magazines and he has given master classes around the country.

In the world of Gypsy jazz music, John Jorgenson has long been know as one of the best American masters of the Django Reinhardt guitar style. In 2002, when the musical director for John Duigan’s film "Head In The Clouds" was looking for someone who could faithfully re-record two tracks from the Quintet of the Hot Club of France for use in the film "Guitar Player Magazine" editor Micheal Molenda recommended Jorgenson. John not only transcribed and recorded the Hot Club’s “Blue Drag” and “Minor Swing” for use in the film, he also played the role of Django Reinhardt in the movie.

Currently living in Nashville, John tours worldwide playing gypsy jazz with The John Jorgenson Quintet. He also performs in the UK with his electric band, John Jorgenson & Friends, and continues to collaborate with other artists live and in the studio. "A joke people tell about guitarists is, 'Why does wearing glasses help a guitar player's phrasing? Because they have to stop and push the glasses up their nose,'" Jorgenson says. "Some guitar players will tend to just play and play and never take a breath."

For more info: http://www.johnjorgenson.com/
by Jackrabbit on 12:26 pm

I just wanted to say thanks for the history of John Jorgenson! I really enjoyed him in Elton's band! I've never actually seen him live with Elton, but I do have the One Night Only DVD and he does a supurb job, especially in Rocket Man! Keep up the good work with the blog!