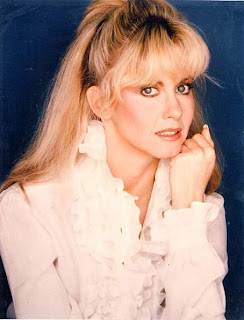 Born in Cambridge, England in 1948, the youngest child of Professor Brin Newton-John and Irene, daughter of Nobel Prize winning physicist, Max Born, Olivia moved to Melbourne, Australia with her family when she was five. At 14, Newton-John formed a short-lived all-girl band, Sol Four, with three classmates and often performed in a coffee shop owned by her brother-in-law. Her 1973 U.S. album debut, "Let Me Be There," produced her first top ten single of the same name, with Olivia being honored by the Academy Of Country Music as Most Promising Female Vocalist and a Grammy Award as Best Country Vocalist. Elton and Olivia have worked together: on her Oscar Night TV special Hollywood Nights (1980), and the title track of Olivia's 1988 album The Rumour co-written by Elton, who also sang backup. Like Elton, she also enjoys tennis, gardening and walks along the beach with her dogs. 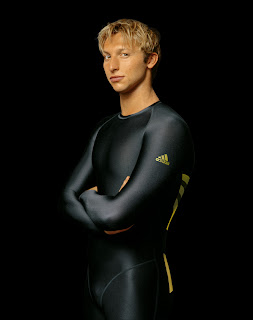 Ian James Thorpe (born October 13, 1982), Australian swimmer, is regarded as one of the greatest middle-distance swimmers of all time after winning the 200 and 400 metre freestyle races at the 2004 Olympics in Athens. He has won five Olympic gold medals, more than any other Australian. Elton and Ian hosted party in honour of David Beckham at Cafe Sydney on November 26, 2007 in Sydney, Australia. 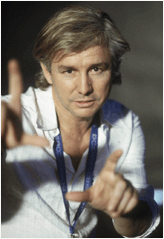 Mark Anthony "Baz" Luhrmann was born in Sydney, Australia, on 17 September 1962, in the back seat of a car in which his mother was being rushed to hospital. While he was still a baby, his family moved to rural New South Wales, and Luhrmann grew up in the small town of Herons Creek, where his father ran a petrol station and a movie theatre, both of which would influence his filming. Baz Luhrmann has stated Italian grand opera as a major influence on his work including the Moulin Rouge. Luhrmann is well known for embracing the emotional power of music. In his works, he has embraced a variety of musical styles from contemporary to classical opera, and his lack of prejudice concerning music was encountered as a child. Having been old friends and Sydney soulmates for years, Elton and Baz's collaboration hit new heights when Sir Elton debuted 'The Drover's Ballad' during a concert at New York's Museum of Modern Art the same night Baz hosted the Australia world premiere in Sydney.
by Jackrabbit on 11:53 am