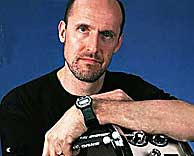 Charlie Morgan, born on 9 August 1955 in Hammersmith, London, England, is an English drummer and percussionist. Educated mostly in west London, at St Peter's Primary School, Hammersmith, Chiswick & Bedford Park Preparatory School, and Latymer Upper School (also responsible for the education of such luminaries as actors as Hugh Grant or Alan Rickman). Charlie spent a brief interlude in Geneva, Switzerland, between 1967-69, where he learnt to speak fluent French, and also first began playing drums.

Upon his return to London, Charlie continued his education at Latymer, eventually leaving school in 1973 to pursue a career in the music industry. "When I first started working in the studio, there were hundreds of “demo studios” in London... places where songwriters went to record “demos” of their latest tunes" explained Charlie. "I cut my session teeth on working in these places, as well as doing radio sessions for the BBC".

Charlie's successes came with Kate Bush's Lionheart album in 1978, followed by a single and world tour with the final line-up of the Tom Robinson Band. In 1980/81 he toured and recorded with the British singer-songwriter, Judie Tzuke. But it was legendary Australian Julian Mendelsohn who was the responsible to involve Charlie in Nik Kershaw's project, working on his first 3 albums: Human Racing, The Riddle and Radio Musicola. "In fact, it was my work on Nik's albums that brought me to the attention of Elton John. So you could say I owe Nik (and his producer, Peter Collins) quite a debt of gratitude" reminds now Charlie. By 1985, he was one of the busiest session drummers in Europe. Later that year Elton invited him to play with his band at Live Aid: "As we left the stage after our short set, Elton said: ”Lets’ put this band on the road.” Charlie added.

Charlie has over 150 album credits and has appeared on numerous international TV shows and movie soundtracks. Amongst the other artists Charlie has recorded with are: Paul McCartney, Tina Turner (We Don't Need Another Hero, from the movie: Mad Max, Beyond the Thunderdome), Mecano, Mocedades, Nik Kershaw, Tracey Ullman (They Don't Know), Matt Bianco, Gary Moore, Alan Stivell, Pete Townshend (Iron Man). 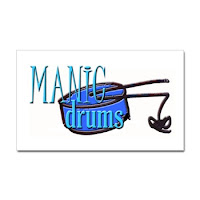 He currently lives in Nashville, Tennessee, with his second wife, Jerilyn, and has been a regular player with 1980's hit-band, Orleans since 2000, as well as another Classic Rock outfit: RPM. He also runs an independent, home-based studio, Manicdrums Productions, where he records drum tracks for clients from all over the world.