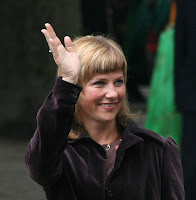 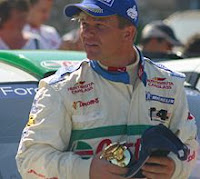 Henning Solberg (born 8 January 1973 in Askim) is a Norwegian rally driver. With co-driver Cato Menkerud, he currently competes in the World Rally Championship (WRC) with Stobart M-Sport Ford. Solberg is the older brother of the 2003 world champion Petter Solberg. Henning Solberg’s unexpected meeting with a tree at the end of one day meant he finished well out of the points. But the poor guy was without his trusty codriver Cato Menkerud, who was at home with his family and newborn baby. However, he emailed Rally Radio to say hi and to request a song to show his affection for Henning: “Can You Feel the Love Tonight” by Elton John.

John Carew is a professional football player, born on September 9, 1979 in Lorenskog, Norway. His father is Gambian and his mother is Norwegian and he was born and brought up in Norway. On November 18, 1998, John Carew made his international debut for the Norway national team. John Carew was signed by Aston Villa in a part-exchange deal with Olympique Lyonnais for Milan Baros on January 22, 2007. He is well known for being a religious person, and also makes donations to charity. After joining Aston Villa, he has been a regular face at hospitals around Birmingham. He visits the children in these hospitals and donates a part of his payroll towards hospital running costs, a movement initiated by Aston Villa.
by Jackrabbit on 3:09 pm