The Story Behind "I've Been Loving You" 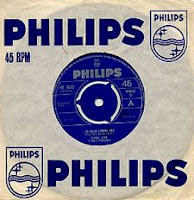 "I've Been Loving You" was a sort of Engelbert Humperdinck type of thing" said Elton, who also told hat people supposed to be "Lady Samantha" his first single as Elton John, but it wasn't, almost in Britain.

Although it was Elton's work, even lyrics, he credited Bernie because he felt embarrased that two songs of the single were not a result of their partner writingship: "he (Elton) felt guilty because we'd been working so much together, he felt I deserved the credit" explained Bernie. Most of the material from those sessions were inspired by The Beatles and the flower power movement. So, Elton wrote the entire song just as an ordinary love song. Bernie was a teenager after all, and the lyrics sounded too naive.
by Jackrabbit on 1:54 pm

I REALLY LIKE THIS SONG EVEN THOUGH IT SOUNDS A LOT LIKE THE "CONTEMPORARY SONGS" OF THAT DAY.