The Story Behind “The Last Song” 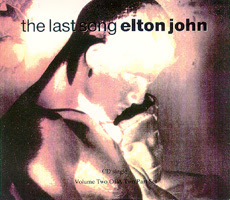 Conscious of Elton’s strong feelings, Bernie wrote a song that was acceptable to middle-America and not only a purely gay song. It is a novella in song of an AIDS victim able to die in peace after his reconciliation with his father. “It’s very hard to tell your parents about being gay” and also reminded Elton in a WPLJ (New York) radio interview “I was lucky because my parents (Sheila and stepfather Fred) accepted it very well but in small towns or in big cities, who have had an upbringing of “nobody in the family is homosexual”, there is a certain stigma, a certain shame about “why am I gay”, there’s all those sorts of psychiatric things that go along with it”.

Initially, it had the “Song Of 92” title and was renamed by Elton later. Bernie wrote the song after the death of Freddie Mercury. Elton broke down when he wrote the music and recorded the demo in the studio, crying for Freddie, for his friends and specially, for his father, who died in December 1991.

Elton was the first of lead artists to tackle the topic of AIDS in one song and it marked the first of his American singles to benefit his AIDS Foundation.
by Jackrabbit on 12:44 pm