The Story Behind "Elton's Song" 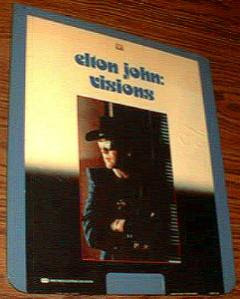 "I wrote the lyric for this song" explained lyricist Tom Robinson. "Unusually for those times EJ commissioned a video director, Russell Mulcahy, to shoot clips for the entire album, not just the singles. That's how come this clip exists, even though the song was never a single". The resulting collection was released under the title VISIONS on Videodisc (an early precursor of DVD on large LP-sized discs), which didn't catch on much outside Japan and parts of the USA.

The video was directed by Russell Mulcahy and written by Keith Williams and was not based on Lindsay Anderson's movie "If" but an idea supplied by Elton John himself who wanted a mini-movie made from the song without him necessarily having to appear/perform in it.

The theme of unrequited homosexual love on this video caused a controversy, when it was released, with tabloid news headlines like "Elton's gay video shocker". Apparently the headmaster of the school where this was shot had no idea of what the film was about, and it may be that the video had to be quietly withdrawn.

According to Elton John, the dark and noir "Elton's Song" remains a favorite, and he very occasionally revives it for live performances. Recently singer John Legend has sampled this song. It has the same tune, but different words. It was released on July 27, 2007.

But I would give my life
For a single night beside you"
by Jackrabbit on 5:15 pm