Hi midnight creeper. Nice to “see” you. Well, as you might know, you’re the first to start the Eltonite Day. With that iniciative, every Sunday, I would like to make my little homage to the great Eltonites, that fortunetly, are all over the world, and you are one of those.

So... Could you tell us who are you and where are you from?

Ian Hills I was born 29th March 1963 in Carshalton, Surrey, England, I live in Woecester Park (near Epsom) surrey England and I am a fan of AFC Wimbledon and rock music, and my favourite artist is Elton John.

Right. When you became an Eltonite? Remember the first time you heard Elton’s music and what moves you to buy his music?

My love of music goes back to before I could walk, I was a Beatles fanatic at a very early age and had all their 45's (well they were my Dads but he gave them to me) and I used to play them on my chad valley record player.
The first song to really move me though and turn me onto rock 'n' roll was from the Beatles compilation album "Oldies But Goldies" that song was a cover of the Larry Williams track Bad Boy, previously only available in America until it was put onto this compilation album.
In the 1970's I used to follow the pop charts and tape the top 40 every sunday and buy my favourite record each week. The first record I bought was Jeepster by T.Rex. 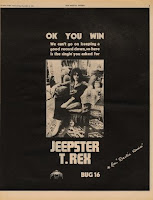 So the first Elton John song that I would have heard would have been Your Song, but I don't have any recollection of actually liking the song at the time, I was more into the uptempo songs and T.Rex were my favourites at the time (and I still love them now).
The first Elton John record I bought was Crocodile Rock, but I wasn't a fan just yet.
In 1972 I started to hear albums that my older brother was buying, by rock acts such as Uriah Heep and Black sabbath. But there were albums that really changed my life as far as being a music fan, these were Led Zeppelin II and Honky Chateau by Elton John, both albums I fell in love with instantly. In 1973 I heard Goodbye Yellow Brick Road album and I was a fan, this album was so stunning.

I see... And which is your favourite Album, or the album you may have played the most?

Captain fantastic and The Brown Dirt cowboy is my personal favourite, but I can understand why Goodbye Yellow Brick Road is regarded as his best album

Great. Which was your first Elton concert and how many concerts have you been? 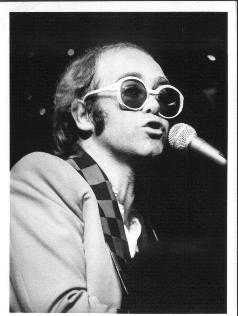 My first Elton John concert was at the Rainbow Theatre in London in May 1977, this was a solo concert with Ray Cooper, my second was the same year at the empire Pool Wembley with China. I have seen about 30 Elton John concerts the last one was at Hove Cricket ground in 2007, the next one will be at Weymouth in Surrey next year.

Wow!! Which is your Elton’s item that you really appreciate, for being hard to get or for the happiness you’ve got to have it?

My records, but I wish my collection was more complete, the rarist Elton John record that I have is Lady Samantha on the Phillips label.

Finally, could you tell me your five favourite Elton’s songs in running order, for my AllSongsList?

1.Curtains
2.Between Seventeen & Twenty
3.Blues for Baby My & Me
4.Indian Sunset
5.Funeral For A Friend/Love Lies Bleeding

I would just like to say what a great pleasure it has given me over the years listening to the music of elton John and the concerts I have attended, and long may this continue. I hope all Eltonites out there get the same pleasure as I do listenning to his music, and I am sure they do.

Thank you Ian, really a pleasure to chat with you. Take care.
by Jackrabbit on 3:00 pm