"Differents paths sometimes blend into each other" by Andrea Grasso: "Superhuman" review

The new Martin Tillman album, Superhuman, is a collection of instrumental tracks all written and arranged by the master of cello, Martin himself; helping him in this adventure are renowned musicians like Michael Landau on electric guitars, Vinnie Colaiuta on drums, Toto founder David Paich on keyboard, Toto occasional bass player Leland Sklar and also his friend from the Elton John Band Davey Johnstone on electric and acoustic guitars.

As it can be read in the liner notes of the album, Superhuman is a reaffirmation of the power of the human spirit and is dedicated to Martin’s wife Eva, who 8 years ago was diagnosed ill but has found the courage and strength to battle against it, and this has inspired Martin to compose the songs for this album.

The record has basically two different paths, that sometimes blend into each other: the “rock” path and the “dance” (or EDM, “Electronic Dance Music”) path. I personally prefer the rock path, who is more akin to my musical tastes, but in this case I can also appreciate the EDM tracks. My favourite tracks are obviously the rock ones, with “Future Dawns” and “Celluloid Spaces” being my favourite; Dawns has a great organ, a spacey synth, a very good piano solo and reminds me very much about a progressive rock track that could have been recorded in the 1970s, and in fact Martin himself in the liner notes clains that bands like Led Zeppelin, Deep Purple and Rolling Stones were big influences on him and his musical growing. Celluloid is even more interesting since the composer declares it’s a sort of concept about the history of drugs, from the mid-60s to today, and that’s why is divided into different sections; it features once again a beautiful organ, electric guitars performed by both Johnstone and Landau, and the soul backing vocals of Dee Lewis-Clay, reminding very close something that Pink Floyd could have recorded for Dark Side of the Moon.

Another track that I like a lot is “Unlocking the Lock”, featuring again more rock guitars along with ethnic percussions, strings, and again Dee’s vocals; Tillman in the liner notes explain that he thought about this as his stadium rock piece with many musical rooms to unlock, and that’s why there are several themes and parts together.

Another favourite is “Translated to Beauty”, a very “sexy” track, with an esotic riff and an atmosphere that reminds me of the 60s; its composer in fact says that it’s something you could hear in a French or Italian movie… a quite peculiar track that demonstrates the versatility of Tillman as composer and arranger, apart the obvious one as cello player.

The final track of the album, “The Invisible Shield of Strings and Bows”, featuring the Prague Philharmonic Orchestra, could be easily used as a score for a huge Hollywood movie; Tillman in fact wrote it as a tribute to the scores he played on in Los Angeles, and wanted to end the album with something “extraterrestrial” to associate with the “superhuman” feeling of the whole album.


This album is a mixture of moods, atmospheres and listening experiences that can help you relax, or make you dance, or lift your spirits; but you can also use it to meditate and travel with your mind and find your inner “superhuman” powers; Martin Tillman is just showing you the right path. 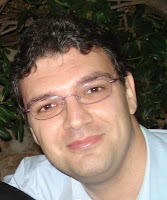 "I'm a huge Elton fan and collector from Italy, having started to follow him in 1992. I run since 2012 "Elton John Italia", an Elton John fanclub on Facebook where I share with Italian fans current news and any kind of information about Elton and his discography, which I know in every small detail, including obscure collaborations and rarities..."

https://www.facebook.com/groups/eltonjohnitalia/
by Jackrabbit on 7:49 am

Etiquetes: Articles, Eltonites About, The Weekend Of...