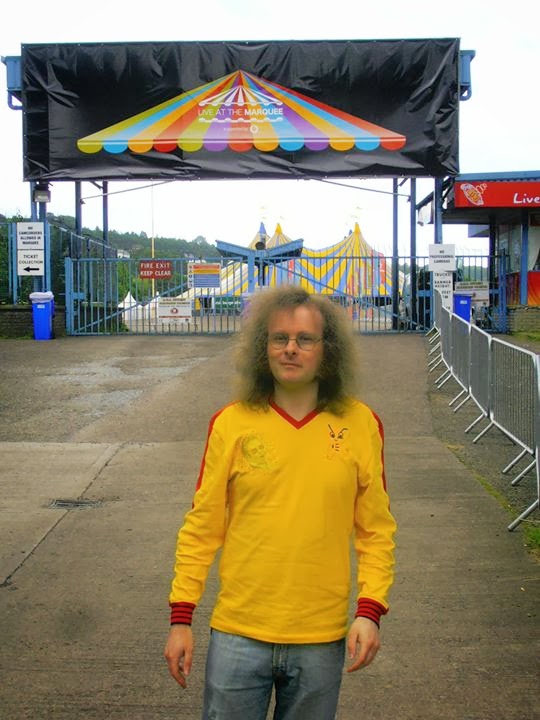 
5th March, "Friends" Soundtrack is released. "If you're friends are there, then everything is alright", I could use this sentence for next guest. From Ireland, he is the owner of Just words and a tune, one of bests blogsites about Elton John: "I've been an Eltonite since the 80's really, the I'm Still Standing video made a huge impact at the time. Elton was played (a lot) on the radio in those days so it was fairly easy to catch his stuff in that format. My first album I bought though a few years later was Live In Australia. It was then I realized that Elton live was an even bigger deal than he was in the studio. If that were possible! Ever since then I've had the best of both worlds, the terrific stuff he's done in the studio and the ongoing jamboree that is Elton touring and playing live. Never a dull minute with Elton. Or a minutes break!! I’ve been lucky enough to see Elton with the band, solo, with Ray Cooper and with Billy Joel. Each show has been very special and each time cements for me his position as the number one." Good! I asked him what it's supposed to be an eltonite, why we become eltonites. That's his point of view: "People say, why Elton? Why not, say I?! In simple terms, he speaks (through Bernie's words of course) to all of us. To hearts and minds. On all topics. Love, hate, war, peace, death, birth and all matters not covered by those headings are exposed. With honesty. Topped off by the music that Elton has created that words can't describe but listening to it can. Moving beyond that and the wider picture, he's had some incredible band members to make that journey even more enjoyable. It's a myriad of material that nobody outside of the Eltonite world could even begin to grasp, so vast and colossal it is. So much to take in as another one of his great lyric writers wrote...". Thanks. So, then I have to ask you for your Top 30 Elton John songs.

First off, many thanks to Jack Rabbit for asking to do this Hercules type task. It’s an honour and a pleasure to be considered amongst such other great contributors. Miquel has done a great job over the last 30 years cataloguing one of the biggest songbooks in this or any other musical genre. So hats off to him.

To pick 300 would have been hard, but 30 has been one of the hardest things I've ever had to do. I've given it my best shot and tried to explain why I've chosen the one's I've picked. I tried to avoid too much detail, anyone who knows the songs will know where I'm coming from. I listed my 30 chronologically as ordering was impossible. I did try! But what I did do was list my favourite song as it does mean a bit more than that all the others. Not much, but it says something a bit more special. I hope everyone enjoys reading it as much as I did doing it!!! 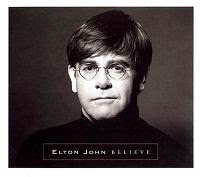 1. Believe
To pick a number one song is nigh on impossible, but all boxes are ticked here for me. As Elton says himself, Bernie says what he has to say. As he does for all of us. As soon as I heard this for the time on the radio...in medium wave...the Buckmaster arrangement jumped out. Pure gold from start to finish. Anyone who seen the live version can't helped be moved by Elton's passionate and sturdy delivery. I'm not a fan of remixes much, but the Hard Kiss remix featuring just Elton's piano, Buckmasters arrangement and acoustic guitar is mind-blowing in its own right.

2. When Love Is Dying (live)
I want to point towards the live version of this one, the band put their stamp all over it. Made the album version sound muddled. Live it was a triumph.

3. The Captain And The Kid
When I saw this performed live on the BBC 1 special prior to the album’s release it was a real ''AAAHHH' moment for me. One of the greatest riffs ever, given its space and time. A great closer for an album...and an era.

4. So Sad The Renegade
John Jorgensen’s pedal steel brings the correct aspect of Americana to this one. Elton's rustic vocal equally necessary. The rawness oozes from it.

5. My Elusive Drug
Nigel's slow drumming at the start. The piano intro from Elton required that. A great guitar solo from Davey. The middle eight deserved it. Elton singing about himself for a on a too few occasion. Tremendous honesty for Bernie to write it and Elton to sing it.

6. Answer In The Sky
Up-tempo from Elton in the 21st Century? You better believe it. Elton does any genre with that extra bit of zest. Whether you're religious or not, this song will make you think. The live version from the NFL kick off with the Boston Pops orchestra and choir in 2004 is incredible.

7. Cold
Caustic lyrics with an edgy melody that play well off each other. Charlie's and Davey’s battle for supremacy at the end with Buckmaster's arrangement is incredible.

8. Blessed
The sentiment of the lyric is very precious. Gorgeous.

9. Understanding Women
Gilmour...a guitar God of course...puts his stamp on probably the most atmospheric track Elton has ever done. Credit to Chris Thomas for making the sound of the song almost a mirror image of the words.

10 Made For Me
One of the most soulful things Elton has ever done...without falling into clichés. Bernie's lyric is incredibly sultry.

11. Blue Avenue
The ultimate slow burner maybe, the gradual buildup is worth the payoff. Terrific acoustic guitar from Davey.

12. Heartache All Over The World
From the same 'dip' period, this 12'' remix is essential. The original is brilliant, the remix is beyond words. Some remixes sound awkward, the original was made for it.

13. Gypsy Heart
For someone who was supposedly in a creative dip (mid 80's) he still produced some gems. This being one of the best of the time. The chorus has some great changes in it that only Elton could conjure up

14. Cry To Heaven
Weepy lyrics on paper are given the Elton twist and any misgivings about them are lost by his soaring chorus buildup and sudden tail off at the end.

15. Too Low For Zero
The classic sound (Nigel, Dee and Davey on vocals) landscaped over the 80's (drum machine, synth). Epic.

16. Saint
I love the synth part at the start and Dee’s incredible bass parts throughout. Davey throws in some Lesley guitar and you get a winner.

17. Cold As Christmas
Bernie yet again relating his own personal situation. The outro is one of the best ever.

19. Breaking Down Barriers
Pure pop...and pure brilliance. A terrific opener for an album, Nigel's fills herald his second coming. Love the emotive and expressive Elton vocal. As for those layered piano's, a masterstroke. 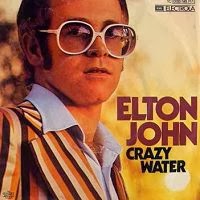 20. Crazy Water
Terrific drumming from Roger (the big spectrum filling fill at the end for instance) that pummels just as hard as Buckmaster’s arrangement is as crazy and bombastic.

21. Chameleon
Elton's vocal makes this a must have. Amazing melody and playing by all concerned.

23. Captain Fantastic And The Brown Dirt Cowboy
When Elton sings about himself and Bernie you always get a rare look inside their world. The melody is so uplifting it’s a guaranteed mood lifter. Great attitude throughout.

24. We All Fall In Love Sometimes/Curtains
Somebody once said that when Gus turned the fader down at the end, the vocals went on forever into the stratosphere. Where do we start, the beautiful piano from Elton with his crystal clear vocal, the beautiful guitar solo from Davey, the beautiful drumming from Nigel, the beautiful bass lines from Dee (especially on the buildup on Curtains). Bernie’s lyrics...beautiful in equal measure. I could go on...

25. Sick City
The ultimate ironic comment...jaunty melody in tandem with lyrics about the bottom end of the rock in roll lifestyle. An amazing song all round.

26. Funeral For A Friend/Love Lies Bleeding
The ultimate prog rock effort from Elton. The band put down so many genre defining parts it should be required listening for any music student. Post grad or otherwise. Likewise it's off the scale.

27. Dirty Little Girl
When Elton needed to, he could get right down and deliver more attitude in one song than anyone else could muster in a career. One of his greatest vocal mixes back dropped by equally unreal guitar mixes from Davey.

28. Have Mercy On The Criminal
Buckmaster was a genius, his string parts here are cleverly interwoven with the rest of the track. Bang on the money with Bernie's descriptive words. This stuff just didn’t happen, it was preordained.

29. High Flying Bird
The classic harmonies (again) alone are enough to make this a dead cert on any list.

Picture courtesy of Paul Purcell
by Jackrabbit on 3:18 pm