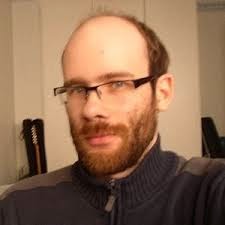 28 March 1975, Elton presented his own show on Radio One: Don't Shoot Me! I am Only The Diskjockey". There's so much satisfaction too to have this man on my side. This is a fan of statistics, charts, numbers, like me, or me like him. He's a 26 years old Elton fan from Turku, Finland: "Miquel asked me to write an article for allsongslist, and as a long time member of first Crazywater and then on Hercules message boards, I've followed the evolution of allsongslist closely. It is a great blog indeed, and the list of all Elton songs is very well done, I will definitely check it once again when it appears to the blog". He is the one who posted "Song Of The Day" on Hercules website, and let eltonites to vote their favourites. Hard worker, very supportive, he's Antti Honkasalo. It's your turn, Antti.

So, Miquel asked me to write about myself, how I became an Elton fan and how Elton has affected my life. Well, my Elton fandom started more than ten years ago. I wasn't much interested about music during my childhood, although I sang in a choir and played first violin and then guitar. Our home wasn't filled with music, and we only had a few cd's and vinyls, and the ones I remember listening were a few Phil Collins cd's, a cd by Chris Rea, one by Pet Shop Boys and one by Paul Young, but not much others. The change happened when I was in upper-level comprehensive school, when my father bought an Elton John compilation as a Christmas present to my mother. Our family listened to that compilation in our car, and I remember that I was very impressed. The first songs that captured my interest were "The One" and "Live Like Horses" with Luciano Pavarotti. Although the compilation was a present to my mother, I was able to listen to it with my stereos that father bought me (they were pretty much silent before Elton John!). Soon I started to like other songs as well. Elton's music was so good, that I wanted to hear other artists. Second came The Beatles, then Elvis Presley, and more. My world was suddenly surrounded with wonderful music, and all I could thank for that was Elton.

It took a few years before I started to buy by myself more Elton music. I started from the best known albums, and then slowly bought them all. When I had all Elton's studio albums, I thought that I could call myself a fan, and I joined the Crazywater community. I met great people to talk with, and I also started slowly collecting rare Elton songs from other fans. I remember the excitement around the release of The Captain And The Kid, an album idea that I was probably behind. I can't sware it's true, but I sent a message to eltonjohn.com editor, where I presented the idea, and wondered how much more stories they (or Bernie) could tell their fans about their career. Anyway, I was of course very happy with the results, and The Captain And The Kid remains as one of my favorite Elton albums. I have only seen Elton once live, and that was after the release of Peachtree Road in my home town. I also wrote a message to eltonjohn.com about the event, and was very pleased as they even published it!

Fortunately, Elton gave me even more than great music fandom. I started to write own music, and nowadays I have five demos at myspace.com/anttihonkasalo that you can listen to. The songs lack professionality, of course, but I have done my best to make them as good as possible. I'm currently searching for more education to make my music even better. Hopefully some day my music will be professionally made and released, so that others can also enjoy of my creations. If I could meet Elton one day, I would definitely thank you him of making my life so much happier because of his wonderful music.

And finally, my top 30 Elton songs list. I've decided to put my current favorites in it, in
order. That is hard, because different songs are great because of different things, but I do my best. So, here is the list: 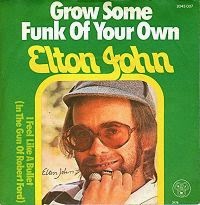 30. Grow Some Funk Of Your Own

This song was one of the biggest hits of the eighties. It is throughout musically really wonderful song, and although "Nikita" is a Russian male name, it doesn't matter too much.
My favorite part of it is the instrumental solo.

This is the first song from The Road To El Dorado soundtrack. Although it wasn't very
succesful, this song strikes me with it's beauty and hopeful lyrics.

From the Sleeping With The Past album, this song is also a big fan favorite generally. What I like in it the most is it's power.

This song is real A-side material, but it wasn't used as a single. The simple but touching melody has sometimes turned me to tears.

One of the lesser known songs from Madman album. It has very interesting verses, chorus is more ordinary, but still great and outro is something like "Curtains" would be later on.

Although this song has no drums, it still has lots of energy and it's great fun - all that a
good rock & roll song should have.

An A-side from The Lion King. I like this much more than "Can You Feel The Love Tonight?", where the problem is the chorus. But this song is great throughout, and sounds powerful.

Probably the best ever album closer from Elton. The lyrics are astonishingly great, and keep the song interesting to the end. Elton's piano playing is also stunning. Deeply loved by fans.

An Eltonbernie song from The Complete Thom Bell Sessions, an EP that could have been a hit album. It's incredibly catchy, although it has some structural issues that decreses that impression.

A beautiful song about New Yourk city. The lyrics sometimes irritate me a little: "Rich man can ride and the hobo he can drown". Does it really have to go that way? 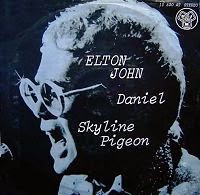 Daniel is a love/hate type of song, which has mostly fans' attraction but there are also
people who dislike this song. It is a beautiful song, but maybe some think it's too sugary. I
don't - I've always loved it.

The reason why I chose this live version, is Elton's vocal. It sounds so nicely mellow. A classic song and a great live version.

Another love/hate type of song. It might be too commercial for some, but not for me.

15. Bennie And The Jets (live from Here And There Disc 2)

And yet one more song from Here And There. This is my favorite version of this most-loved Elton song, mostly because of passinate vocals in the end, and the best live audience Elton has had.

An uptempo song from the album of the same name. Not a wonder that it wasn't a bigger hit, as the other hits of that time were so much different. I like it's energy and happy sound.

12. Candle In The Wing (live from Live In Australia)

I chose this live version from Live In Australia because the sympony orchestral arrangement is brilliant, and Elton sings very passionately. 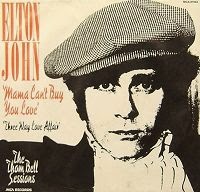 10. I Guess That's Why They Call It The Blues

One of the biggest hit singles of the eighties. I love this song, but only this version. Elton has never succeed performing this song well live, and least on One Night Only.

9. Someone Saved My Life Tonight

A slowly growing melodic masterpiece. It could have more passionate drumming like "Curtains", but even without it it's simply stunning.

This song was my favorite when the fandom began. It just is brilliantly arranged and produced, and the composition and lyrics are also brilliant.

7. Are You Ready For Love? (with The Spinners)

I chose the version with The Spinners because it's longer than the '79 version. It's lots of energetic fun. Not a wonder that it would be a big hit much later after the release, not this version though.

The number one hit from Rock of the Westies. This song is also brilliantly arranged and
produced, and extremely catchy.

Now this is the first time you think, "what the heck is this song doing here?!". I find it brilliantly arranged and produced, and catchy, just like the previous song. I hope more fans could actually get into this song. It's one of those songs from Leather Jackets that make it a decent album.

Another catchy, well arranged and produced song, and also a number one hit. What I especially like in this song are the strings. 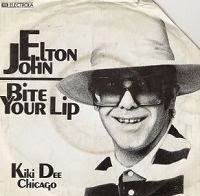 A song that gave me my profile name. It's an energetic, almost endlessly growing rocker, that definitely rocks everyone as much as it can. Some complain about the lyrics, but I don't have a problem with them.

I chose this live version because it is longer than the original version, the audience is really in great mood, clapping all the time. The energy of the performance is really high. In the end you can hear some fanatic screaming from the audience, making certain that at least this song succeeded in the concert.

This song has been my favorite song for a few years. First, I overlooked this song, but suddenly it started to attract me with it's catchiness. It's greatly arranged, and lyrics are fun. This is my most played Elton song too, with 245 in last.fm (there would be more if the cd plays and mp3 player counts would be added).