The Diving Board: Four Stars Out Of Five 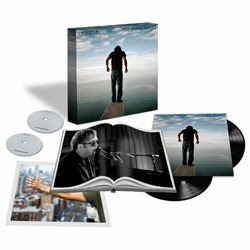 Long time Elton fans like myself, know the list of great songs from albums that have gotten overshadowed by the big hits. A lot of those songs aren’t necessarily radio friendly either, which is why they weren’t chosen as singles in the first place. So, in the case of The Diving Board, we have an album that presents itself with a “damn the radio singles” attitude and instead, are treated to songs that both Elton and lyricist Bernie Taupin simply want to write. Of course, after 40 some years and 30 plus albums of writing classic pop songs, Elton can’t help to still write catchy melodies but on this album, only a couple stand out to me as potential radio hits.

And that is a very good thing. Because, now, with this album, we’re seeing a return to some of the songwriting style that established Elton and Bernie in the very early 1970′s. The Diving Board shares a lot of history with those early Elton John albums in style, mood and piano playing but also brings something very new and unique to the Elton John catalog. For instance, the lead off song, Taupin’s lyric about World War Two veterans, Ocean’s Away, reads like a poem set to music:

Call ‘em up, dust ‘em off, let ‘em shine
The ones who hold onto, the ones they had to leave behind
Those that flew, those that fell, the ones that had to stay
Beneath a little wooden cross oceans away

With only Elton’s piano on Ocean’s Away, and his wonderful arrangement, from the start, you know this album is going to be different. Oscar Wilde Gets Out, is yet another fitting tribute song that Elton and Bernie have done so well. Taupin’s tale of the literary giant’s fall from grace for committing a “love that dare not speak it’s name”, is right up there with previous classics, such as the 1973 Marilyn Monroe ode Candle In The Wind, and the John Lennon dedication, Empty Garden from 1982.

Other highlights include the joyous A Town Called Jubilee, which has some fine slide guitar work (of which the guitar reminds me a bit of 5th Avenue Heartache by the Wallflowers) and could have easily been included on 2004′s Peachtree Road. On The Ballad Of Blind Tom, for me, is Taupin at his best. The story about a slave who can play piano, is worthy of anything Elton and Bernie have recorded. Elton has delivered an incredibly haunting, edgy melody that has a real element of suspense.

Voyeur, another stand out track, features Elton providing more interesting and challenging chord changes that keeps you guessing. That’s not to say their isn’t a chorus, but the way the song shifts and drops you back into the chorus is quite entertaining. And the ending features some eerie piano riffs that remind me of the Mike Oldfield classic, Tubular Bells from the film, The Exorcist. While, Home Again, is a wonderfully touching song about leaving something to only discover what you’d lost and subsequently, desire to have it back.

Want a little of that old school, bluesy piano playing by Elton? Well, you’ll get your fill on Can’t Stay Alone Tonight, a cross between 1983′s hit, I Guess That’s Why They Call It The Blues and a song from the 1989 album, Sleeping With The Past (I Never Knew Her Name). Mexican Vacation (Kids In The Candlelight) and Take This Dirty Water further that great tradition of blues and gospel influenced piano playing that Elton does so well.

The Diving Board isn’t perfect however. Some songs feel a little like outtakes from some of Elton’s Broadway shows. My Quicksand for instance, reminds me of something from 2005′s Lestat musical. My Quicksand is my least favorite track, but the song has a very unexpected jazzy piano interlude, similar to 1976′s song Idol from Blue Moves, minus the saxophone. New Fever Waltz, sways gently back and forward, as the title would suggest and seems like it could be from the 2008 musical, Billy Elliott. This isn’t necessary a bad thing either but it does sound very familiar. Melody wise, this album is a blend of his most recent albums with a dash of theatrical staging that sometimes seem over reaching (take the title track, a cabaret style song that goes over the top with Elton straining over such lines as “the planets ahhhh-light, thoooooose dizzy heiiiiiiights” -my emphasis).

Piano interludes (Dream #1, #2 and #3), solely written by Elton, are unexpected as they give Elton a chance to expand his piano playing finesse. Speaking of the piano, this album is one of the best illustrations of showcasing Elton’s piano playing upfront. You’ll hear every note!

The Diving Board has a consistent sound about it and thanks must be given to producer T. Bone Burnett. Burnett also produced the album, The Union from 2010 (in which Elton teamed up with his idol, Leon Russell). Here, Burnett assembled just a small trio of musicians (basically, drums, bass and piano), with the occasional guitar or organ in the background, to great effect. For further proof of how in sync everyone is on this album, be sure to check out the three outtakes, available on some deluxe editions. 5th Avenue, Guaguin Goes Hollywood and Candlelit Bedroom – all three are equally as strong as anything on the album and should have been on the album.

The Diving Board is determined to make you pay attention to the songwriting craft of Elton and Bernie. Now, four decades in, it’s still great to have them and producing quality work. Sure, Elton’s voice is deeper and sometimes his enunciations aren’t as clear as they used to be, but he has delivered again. Along with Taupin’s incredible short stories, masquerading as brilliant lyrics, The Diving Board will earn it’s proper place in the canon of classic Elton John albums.

Two Rooms: Celebrating The Music Of Elton John and Bernie Taupin. Every Sunday at midnight on WOMR 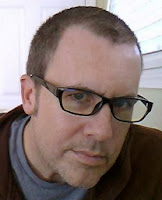 A year round Provincetown resident, David Sigler‘s passion and knowledge for Elton John and Bernie Taupin’s music makes him a renowned fan in the Elton die-hard circles. Ever since he heard Bennie and the Jets in 1974, a special bond was formed. “Next to Lennon and McCartney, John and Taupin are among the most talented, prolific, and diverse songwriters in pop music,” he proudly states. David is thrilled to host, Two Rooms: Celebrating The Music of Elton John and Bernie Taupin, to enlighten listeners of their respective work together and independently. David originally hails from Maryland and is a lifelong Baltimore Orioles and Baltimore Ravens fan (though he cheers on the Patriots too!) In addition to Two Rooms, he enjoys hosting a show called Pop Life: Top 40 Hits from 1970-2000, when the need arises.
by Jackrabbit on 3:10 pm

Etiquetes: Committee Of Experts, Eltonin' Around The World, Fifth Of A Kind