Elton doesn’t deny that the punk new wave “makes me feel old, but I know I have more talent than most of them. I do believe that I could come back anytime I want to,” Elton said on People Magazine. “I’m fortunate I’m only 30. There’s so much time still". 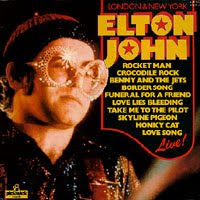 A UK compilation was released by Pickwick in UK: "London And New York". First five tracks were recorded live at The Royal Festival Hall, 18 May, 1974; the other five recorded live at Madison Square Garden, 28 November, 1974

"A Single Man" represented Elton John's first full-length release away from their decade-long partnership, Bernie Taupin. He'd sacked the lyricist in favor of Gary Osborne, most of the band in favor of Tim Renwick (guitar), Herbie Flowers (bass), and Steve Holly (drums), and producer Gus Dudgeon in favor of Clive Franks (co-producing the album with Elton). And both percussionist Ray Cooper and arranger Paul Buckmaster do temporary swan songs there.

Elton performed a two hour solo concert for his record label, MCA, to promote the release of the new album, "A Single Man". On the set list, there were songs like "Ego", "Shooting Star", "I Don't Care", "Shine On Through", "Song For Guy", "Part Time Love" and "Return To Paradise", among "The Benedict Canyon Boogie", an one minute song, with Elton improvising the lyrics.

Elton repeated a promo concert, now in Nice, France, at RTL Radio Studios. This time, a 45 minute solo show for a small audience.

He performed another solo piano set at the British Phonographic Industry Annual Ball, in the Hilton Hotel, London. 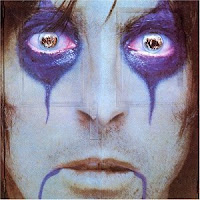 With some assistance from Bernie Taupin, Alice Cooper created a concept album, "From the Inside", inspired by Cooper's stay in a New York sanitarium. From October to December of 1977, Alice Cooper had voluntarily spent time in a mental hospital for treatment for his alcoholism. Each of the characters in the songs were based on actual people Cooper met in the sanitarium: a wealthy teenage prostitute ("Wish I Was Born In Beverly Hills"), a religious man fantasizing about a nurse ("Nurse Rozetta"), two demented lovers who were incarecerated for killing off each other's spouses ("Millie and Billie"), a compulsive gambler ("Serious") and a tormented Vietnam veteran ("Jackknife Johnny"). Davey Johnstone and Dee Murray also were credited on the album.

Elton, on piano, joined Eric Clapton, Muddy Waters, on guitar and vocals, and George Harrison, on guitar, onstage at Guilford Civic Hall performing with them on "Further On Up The Road" and is on the film "Eric Clapton And His Rolling Hotel".
by Jackrabbit on 1:07 pm