Ben: Guy Babylon Is So Proud Of You

Dear Ben: On the week, we had an article every day. With "Unforgettable People", I tried to pay my particular homage to Guy Babylon, someone very important in Elton's career, who played everything on the keyboards, a symphony man as I said. With Ben's article, "The New Keyboard Wizard", I tried to learn more from you. The Story Behind "Goodbye Superman" is just a rendition of one of the most touching renditions I've ever heard, well arranged and it's really a masterpiece. The poll about you, where people could vote, is clear that we are all sure Guy Babylon's is so proud of you. Most of the people think that you've got "a brilliant future" in front of you, that you should "collaborate with Elton" (wow!!!) and encourage you "to go ahead with your music career". Almost most of the people who voted, are agreed that they love your "Goodbye Superman" track, that they want "an album by you", that you're "the most talented kid (they've) ever seen", they want to "see you playing live" and they "check out your (fantastic) website". Also, they wish you all the best, think that you're "a fantastic guy" and without question, "love you so much". 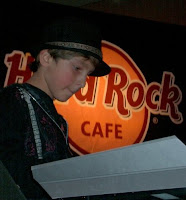 On the week, you kindly accepted to make an interview with Jack Rabbit, and he was so proud to see that fantastic people like Jesse Johnstone (who recorded every instrument on your single), Electra Barakos (a great and powerful musician, and teacher) and Jonathan Birch (friend, son of Bob Birch) wanted to be with him, sending his words for you. That's a great honour for Jack Rabbit. And the comittee of experts of the website, from 12 countries of the world, "reunited" for, this time, speaking about you and your music. Ben Tisik, a great friend of both, was the guest on "The Eltonite's Day", with a question related to you.

Just one thing remains to close the week, wishing you had a great time, you enjoyed and found amazing the whole thing. Obviously I knew you didn't need any promo from me, because everybody knows how great musician you are, but I did it with the only pretention to make you smile. Before closing, then, just I invited some people, related to Elton, to encourage you in your brilliant future. They are a fantastic people, great and succesful musicians, and wanted to be here just for you. So, the surprise of the surprises is send it to you by heart: 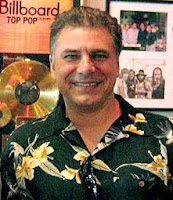 "I first met and got to work with Guy on Elton’s Made in England album, for a period of about two-three months, February-April 1994. Although it was a brief association, and being in intense work-mode (which did not allow for much hangin’ out), nevertheless it was a pleasure and fun to work with him, and get to know him a little.

It is a great pleasure to see his young son Ben already displaying such talent and creativity; I wish him well and hope he will continue to develop himself as a musician and song-writer". 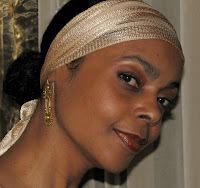 "Ben performed "Goodbye Superman" at Guy's memorial service and I remember thinking what an incredible song it was. I also had thoughts of contacting Davey Johnstone to inquire as to whether or not Elton had any plans to record it and perhaps do it as a tribute to Guy in his show. However, it looks as though it's all happening just as it should!

It makes me feel good to know that others will have the pleasure of hearing the song. I also hope that it ends up on the airways so that many, many more ears can hear and get a taste of the magic created by Ben Babylon.

He certainly seems to be his Father's son... musically speaking, that is. 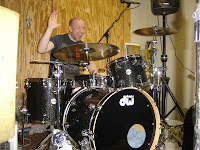 "The first time I heard Ben play keyboards was at rehearsals for the Canyon Club gig last year. He was playing The Who's "Baba O' Reily", a song famous for having - possibly - one of the first sequencer parts...except Ben played it without using a sequencer! Cue Tam's mind being blown. Ben, you are an amazing talent. Keep up the great work!

"I know that your father is so proud of you, and you honor his legacy with your talent. He was as kind as he was gifted, and I feel so fortunate to have known and worked with him. I'm sure you miss him terribly, and obviously his spirit lives on within you. I can't wait to see how your music and artistry develops over the next few years.

With love and empathy, 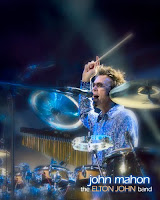 Good luck with your music. I think you might have a promising music career someday - or maybe even decide to become a marine biologist - which you would be great at too! Whatever you do - have fun!

John Mahon
Health & Happiness to you..." 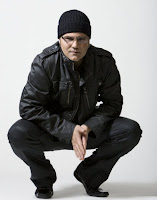 "Ben, your father is so proud of you! Keep following your dreams...that is what a truly fulfilling life comes from. I look forward to seeing where it all takes you...much love...