Queen Elizabeth II placed Elton John on her New Year's Honors list, he was recognized "for services to music and for charitable services," and received a CBE award, or Commander of the Order of British Empire.

"Give me something dangerous", Elton bet to Disney executives. The result, an update of Verdi's nineteenth century opera Aida, another Disney project slated for Broadway. A demo recording sung by Elton, and provided by Tim Rice's lyrics were premiered for Disney executives at the New Amsterdam Theatre in New York. Auditions for children to be in workshops productions were held 1 June 1996. 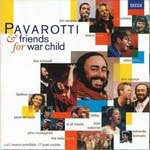 Star-studded event at Parco Novi Sad in Modena, Italy found Elton duetting with Luciano Pavarotti on "Live Like Horses". Concert were held for War Child, and victims of war and civil unrest in Bosnia, Guatemala, Kosovo, and Iraq. After the war in Bosnia, he financed and established the Pavarotti Music Center in the southern city of Mostar to offer Bosnia’s artists the opportunity to develop their skills. For these contributions, the city of Sarajevo named him an honorary citizen in 2006. 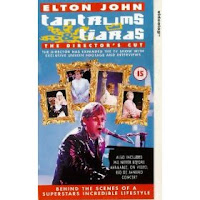 "Tantrums And Tiaras" was premiered on ITV. David Furnish painted an intimate portrait of the prolific and outrageous Elton John, shot over the course of one of his most succesful years ever, 1995. With glamour everywhere, from their appearances on the Brit Awards and the Oscars to his massive 108-show world tour.

"Love Songs" compilation was released in U.S. containing Elton's most famous ballads and two new songs, "You Can Make History (Young Again)" and "No Valentines".

Britain's Court of Appeal sliced off most of the damages Elton had won against The Sunday Mirror for its report in 1992 that he'd been seen at a party chewing food and then spitting out. Although the offending story was false, the judges said, it hadn't hamed Elton's personal image or artistic reputation.

Elton participated on The Balm in Gilead's Jessye Norman Benefit Concert for the healing of AIDS at Riverside Church. The show consisted on Opera Ebony Singers, the Harlem Spiritual Ensemble, and The Riverside Church Choir, a night of psalms by Maya Angelou, a night of truth by Whoopi Goldberg, a night of reality by Toni Morrison, a night of dance by Bill T. Jones, a night of characters by actress Anna Deavere Smith and a night of drum rituals by Max Roach.
by Jackrabbit on 10:27 am