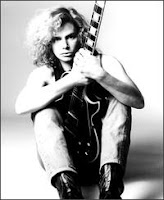 “I always knew that I wanted to be in music — specifically rock ‘n’ roll,” she asserts. Born and raised in Massachussets, she travelled to Los Angeles, California in 1974 in an attempt to break into the music business. Her dedication paid off when she was taken on tour by Elton John, and appeared on his 1976 album "Blue Moves" and on the 1976 No. 1 single "Don't Go Breakin' My Heart". She also provided vocals for "It's Raining on Prom Night" and "Freddy, My Love," in the motion picture, Grease. Her performance on the soundtrack earned her a Grammy Award nomination for best rock vocal performance. The following year, she released her debut solo album "Desire Wire" (United Artists, 1979) and scored a breakthrough hit with her song "Survivor," which earned Cindy a second Grammy Award nomination for best rock vocal performance. After “Survivor”, other labels and records followed, but lack of promotion.

Cindy married Dan Crewe in 1979, and for the next ten years she largely set aside her career to raise their two daughters. Cindy did not return with new material until releasing a self-titled effort on MCA in 1989, with a rendition of "Sugar On The Floor". In the 90s, Bullens concentrated on songwriting, composing songs for blues singer Sarah Brown, country trio Dixie Chicks and R&B legend Irma Thomas, and co-writing the Radney Foster hit "Hammer And Nails'. She also set up her own Blue Lobster label, releasing 1994's "Why Not?". Her career also include work with artists like Bonnie Raitt, Bob Dylan, Emmylou Harris, Lucinda Williams, Bryan Adams, Rod Stewart and many others. In 1996, Cindy lost her 11 year-old daughter Jessie to cancer. Bullens’ pain over losing a young daughter, was reflected on an album called "Somewhere Between Heaven & Earth", 1999. It featured contributions from her friends Adams, Raitt, Williams, Beth Nielsen-Chapman and Rodney Crowell. The collection's high point, however, was a touching vocal duet with her other daughter, Reid, on "As Long As You Love (Scarlet Wings)". The album received the AFIM (independent music) award for "Best Rock Album". 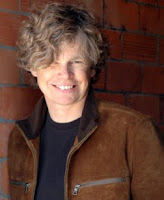 A collaboration with producer and director John Wulp on the musical "Islands", based on the life on the island of North Haven, received much acclaim and debuted to a sold out audience on Boradway in September of 2001. And with Ray Kennedy, they co-produce the highpoint "Neverland", 2003, an album that rocks with heart and class, with tenderness underlying blends of electric and acoustic guitars.

In the summer of 2004, she gathered with an all-star band at Ray Kennedy's Room & Board Studio in Hermitage, Tennessee, to record her sixth solo album, "Dream #29". The album featured Elton playing piano on the title track, plus a duet with bluesman Delbert McClinton and a guest vocal by the World Champion Red Sox knuckleballer Tim Wakefield. The album also featured some of the best musicians in the world: George Marinelli (Bonnie Raitt) on guitar, Dennis Burnside on keys, Ginger Cote (The Coming Grass) on drums, and Garry W. Tallent (E-Street Band) on bass. 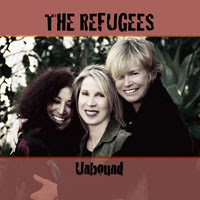 Along with Deborah Holland and Wendy Waldman, they founded The Refugees group in 2007. Deborah Holland was the lead singer and songwriter of Animal Logic featuring Stanley Clarke and Stewart Copeland, while Wendy Waldman has a very diverse career in the music industry as a recording artist, as well as a writer of multi-platinum songs for other singers in musical genres ranging from country to pop, film, jazz, children's music and R&B. She is also one of the first distinguished woman record producers. The Refugees debut album, "Unbound" (Wabuho Records) was released in January of 2009 and is available now on their website at the online store.
by Jackrabbit on 1:55 pm