The Story Behind "Sacrifice" 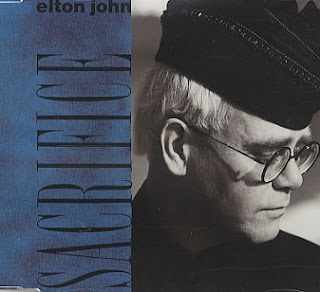 It's the song of a 40-year-old man, Bernie Taupin, who had been through failed marriages and disastrous sexuals conqueses. Inspired by Aretha Franklin and Percy Sledge music, the song is a lament about being insensitive to what you sacrifice when others suffer as a result of your pursuit of self-gratification. It's knowing and clearly autobiographical.

Bernie regarded "Sacrifice" as far superior work to "Your Song": "When I hear it I'm always surprised I wrote it", explained. 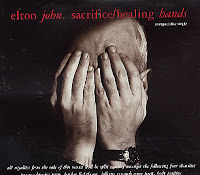 First was released as a single in 1989, but just peaked at #55 in the UK Singles Chart. Six months later it was revived in the UK by DJ Steve Wright who started to play the song on his BBC Radio One. Steve famously moved to daytime with his Steve Wright In The Afternoon show which revolutionised radio by introducing the zoo format to the UK. Elton's record company announced that "due to huge popular demand" the song finally would be released in 1990 as a double single (with “Healing hands”) donating the royalties of the single sales, as Elton's petition, equally divided amongst the following charities: Terrence Higgins Trust (educating people about AIDS), The London Lighthouse (hospice for AIDS suffers), the Jefferiss Research Wing Trust and Body Positive (center of newly infected with the HIV virus); and it was first Elton's number one solo single in Britain, in nineteen years of chart success.
by Jackrabbit on 6:47 am