The Story Behind "Mona Lisas And Mad Hatters (part two)" 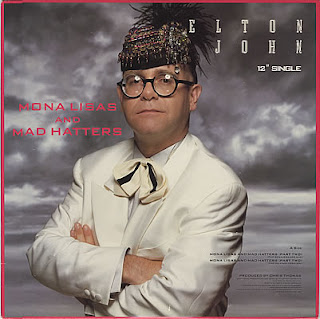 In contrast of the mood of the original, this is an upbeat dance number, with a hot solo sax by jazz artist Freddie Hubbard. In this occasion, Bernie decided to give a second chance to New York City.

The 1972 original song is a haunting track as evocative of Spanish Harlem; when Bernie submitted the sequel, Elton knew he had to make it vigorously uptempo, in stark contrast to the original tune.

The new 1988 lyric is a walk to the Big City: Broadway, Swing Street, Lincoln Tunnel, Fifth Avenue. And this new Mona Lisas is older and presumably wiser, even Bernie had learnt to look over the bag people as he walked and observed the City. "New York seemed like the bowels of the hell" were Bernie's feeling the first time he came to the City. "Now, years later, I've experienced New York and there's good sides and bad sides" reminded Bernie.

Spanish Harlem still sounds good to me
Yeah Mona Lisa's getting older
Standing in the shadow of Miss Liberty
While I walk along the west side
Down through Little Italy
Searching for the city that
That took away the kid in me"
by Jackrabbit on 2:20 pm