The Story Behind "The Road To El Dorado" 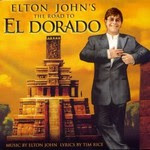 Elton John, Tim Rice and Hans Zimmer teamed again in this non traditional soundtrack enterprise, a collection of songs almost wholly written for the film but able to stand on their own: "I said: Let's make an album with not only the five usual songs on a soundtrack album and the rest being score, but include songs we wrote that didn't make the movie" explained Elton in the presentation of the Dreamworks' film "The Road to El Dorado". Zimmer also collaborated with Elton for the first time co-writing music for "The Panic In Me". In the tradition of classic buddy movies, the film is a comedic tale of friendship and adventure,but didn't had the success Dreamworks company expected and the worlwide sales were poor. Where The Lion King, with its vague African underpinning, felt as if it was designed for the film itself, the music on The Road to El Dorado never quite evokes the South America of the film.

The last song written for the film was single "Someday Out Of The Blue". The song's origin go back to Patrick Leonard composing a chord sequence and rough drum track and giving them to Elton, who said "he kept it in a drawer. So late in the day I gave the track to Tim asking him to write a lyric" said the producer in an interview. But finally, Elton couldn't turn this delightful song into a hit, without breaking the record to turn his 2000's the 31st consecutive year with top 40 hits on The Billboard Hot 100. 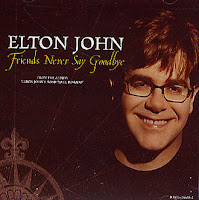 The brilliant "Friends Never Say Goodbye", featured the Backstreet Boys on uncredited backing vocals, didn't even reach the singles charts, in another dissapointment in sales terms.
by Jackrabbit on 2:22 pm