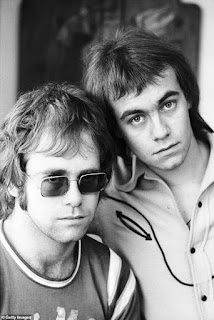 It’s been over two decades since Elton John has released a cd collection of this magnitude. In 1990, as was the trend then, he released To Be Continued…, a 4-cd collection of rarities, hits and album tracks. Fast forward to 2020, and well, he wasn’t kidding. To be fair, there was a 2-cd collection called Rare Masters in 1992, and countless greatest hits compilations along the way, but none of those compare to Jewel Box – a sprawling 8-cd collection of deep album tracks, early demos and lost b-sides that include extensive liner notes and details in a lavish hardback book.
Discs 1 & 2: Deep Cuts, is a marvel of hand-picked songs by the Man of the Hour himself. If you ever wondered if Elton John’s biggest hits were the best thing about his studio albums, well think again. His classics will always be classics. But here, we get to appreciate songs like Blue For Baby and Me (which Elton in the notes refers to as Tiny Dancer’s half sister) from the 1973 album Don’t Shoot Me…I’m Only The Piano Player (which included the classics Crocodile Rock and Daniel). Big social commentary songs like Ticking, paint a disturbing take on a man who goes on a gun rampage, from 1974’s Caribou album, and reminds us that Elton and Taupin could take on big subjects with equal aplomb as the hits. Furthermore, the liner notes provide us with some interesting thoughts on Elton’s reasoning for certain styles and production techniques (the syn-laden Too Low For Zero, Understanding Women and Crystal to name a few). Even more surprising is that Deep Cuts delivers at least one track from nearly every album he's released – more proof of how his songwriting prowess has lasted the decades.
Discs 3, 4 & 5: Rarities, is what die-hard fans for years have been clamoring. These three discs offer the earliest recordings by the then budding songwriting duo of Elton John and Bernie Taupin. Hired initially as songwriters by Dick James Music, John and Taupin clearly had an amazing ability to produce a stunning array of storytelling lyrics and melodies that, well, seem bottomless. Included here are some of Elton’s earliest band recordings where he wrote both music and lyrics (Come Back Baby, Mr. Frantic). But once Taupin entered the scene, things changed drastically. For instance, take something like Tartan Coloured Lady, a dreamy, eerie ballad that feels like a precursor to any ballad from his first three proper albums. Or, Get Out Of This Town, could have easily been a sequel to The Animal’s We Gotta Get Out Of This Place. The Beatles, however, are clearly the most major influence here, and with over 60-plus songs to get through, look no further than Regimental Sgt. Zippo, a song that was once earmarked as the title track to a planned album that never materialized.
About two-thirds into these discs, we see an amazing transition from wanna-be songs for other artists, to John and Taupin true originals. By this time, we’re treated to early demos of songs that would be on John’s first three proper albums i.e. Madman Across The Water, Burn Down The Mission, I Need You To Turn To. Even more amazing is how far John developed as a singer, pianist and melody writer in such a short period of time. These songs take you on that glorious journey. 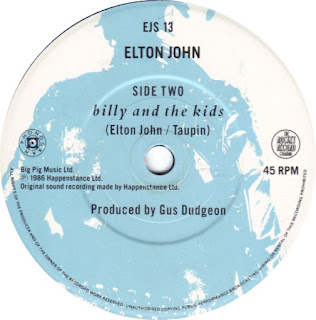 Discs 6 & 7 start in 1976 and go through 2005, with long awaited B-sides that have (finally!) seen the digital age. Always one to offer value for his singles back then, many of these songs originally could only be found on rare 45’s as the flip side to the hit. Another dizzying array of styles is offered here with varying degrees of success. But then, that’s the point. B-sides are B-sides for a reason but in many cases, there were many songs recorded that just didn’t fit on the album but still offered value. Songs like Billy And The Kids, an outtake from 1985’s Ice On Fire, could have easily fit on that album (and in some opinions, perhaps even better than what was actually on the proper release). Or the obscure country ballads like A Simple Man or I Can’t Get Over Getting Over You that, while may not be suited for Elton’s own albums, they still resonate as quality songs. Toss in a few instrumentals and duets, this disc explores Elton’s songwriting with other lyricists for a few songs, which adds further dimension to his deep catalog.
Lastly, Disc 8: And This Is Me… is a continuation of sorts to the Deep Cuts collection, as these songs are specifically referenced in Elton’s autobiography, Me. Only two hit singles make an appearance here (Border Song and Philadelphia Freedom), and the rest are more rescued deep tracks that, in this context, take on an even deeper meaning. Elton mentions in the liner notes that Taupin always has a ability to capture his mood at any given time and I Fall Apart, from 1986’s Leather Jackets fills that bill. But listening to it now and knowing what we know about that turbulent era, the song brings new perspective. It’s hardly Someone Saved My Life Tonight, but the sentiment is damn close.
Does Jewel Box go out of its way to try and prove something? I say yes, but not in the way you may think. Rather, it’s an honest portrait of an artist who developed his craft in a few short years to ultimately superstardom and was equally prolific outside of his properly released albums as well. It didn’t come easy per se, but the talent was there. And above all, that’s what Jewel Box illustrates.
by Jackrabbit on 10:11 am

Etiquetes: Articles, Fifth Of A Kind, In Albums