"Grew up in a house with music", Darren George's Top 30 Elton John Songs List. Celebrating the 30th Anniversary of AllSongsList 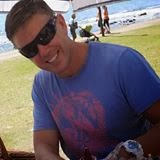 February 12, 1998: “Sir” Elton John is knighted by Queen Elizabeth. If traditionally, a knight was a man of noble birth trained to arms and chivalry, modern times shows as an honour to complete deeds in service of the Queen. Next guest is a kind of knight too. Noble in personality, ready to service for any Elton's cause. He was born March 26, 1974 in city of Hamilton (North Island) New Zealand, member of the Commonwealth. The city’s 1.5h drive below Auckland. He's also known as Dazza: "I moved to Australia in March 2006 following love but it didn’t last. I now live happily in the Sunny State on Queensland, Surfers Paradise Australia with my Partner Leigh of 3 years. We have a great life, living 2 blocks away from ocean/beach". His first interest in music aged 12-13, and first albums were Michael Jackson’s Thriller; Bruce Springsteen’s Born in USA and Billy Joel’s Greatest Hits Vol.1&2. Suddenly came Elton: "My first Elton album was Ice on Fire First concert was Elton in Auckland NZ Feb 1993, I was 18 and my first ever concert. I went to two school mates and we all had AMAZING time. I’ve seen him 24 times since, mostly here in Australia but also Royal Opera House in London with orchestra on Dec 1 2002 and few days later Wembley Arena. Lucky enough to get front row seats for many recent shows and had many autographs".  In New Zealand the main national radio station played loads of Elton songs: "I use to make my own Elton cassette compilations by recording his songs off the radio". He works as Building Estimator/Quantity Surveyor, Office job pricing and ordering materials for new homes. "Next month I celebrate my 40th Birthday and it coincides with the release of Elton’s 40th Anniversary edition of Goodbye Yellow Brick Road and Million dollar piano in Cinemas here in Australia and NZ. I fly back to NZ weekend 22-23 for celebrate with family and friends". My tribute to the most rellevant eltonites, part two, is for Darren George, also for New Zealanders, our dear kiwis, and asked also Darren's Top 30 Elton John songs to celebrate 30th anniversary of AllSongsList. And his List of 30 Songs starts with……


30. Can’t Stay Alone Tonight: Catchy song from the latest album; current single, sadly I will never hear it on the radio here in Australia
29. On Dark Street: Should have been a single, definitely made for radio! Catchy up beat song.
28. Blues for Baby and Me: Great melody sadly underrated and never performed live. Though I did read the other day, Davey Johnstone said they tried to play it but did sound right.
27. Blue Avenue: Great lyric, band and Elton at their best. Sounded terrific on Barcelona DVD
26. All That I’m Allowed: Another wonderful lyric. Very pop sounding song like what a boy band might sing. It got regular play on NZ radio station which was great! 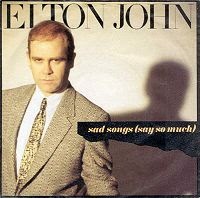 25. Sad Songs (Say So Much): Great line and so true. Love the extended intro on the album version. Incredible to think Elton wrote this in matter of minutes. Sadly I’m not a fan of the live versions, never sounds close enough to original for me.
24. Healing Hands: Catchy up tempo song. I would love to hear this in concert again!
23. Funeral for A Friend/Love Lies Bleeding: Dramatic into love the way it builds, Elton just decided to blend two songs together making an 11 minute track and it works! A great opener for his concert. Doesn’t sound the same now if he plays it in the middle of the set list.
22. I Must Have Lost It on the Wind: Great how Bernie can write a lyric like this from Elton’s personal life.
21. Cold as Christmas: Great melody matched with amazing Lyrics. Classic Elton & Bernie. Another underrated song. Sounded great with the Melbourne Symphony Orchestra shame it never made it onto the live album. 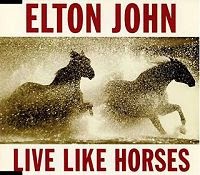 20. Live Like Horses: Sad this song got delayed and took so long to come out. I first heard it as audience recording from 1994 Ray Cooper show. It was worth the 3 year wait. I also like the duet version with Pavarotti, great they got to work together.
19. Japanese Hands: Love this song very first time I heard it. Simple not over the top, another great melody set to great lyric. "And the wind chimes across Kyoto, Each time the earth moves, Was it the quake that shook me, Or was it something to do with you"
18. In Neon: This was one of those songs I knew from the radio. Great surprise when you buy an album and find “Hey I know this song!”
17: Island Girl: Catchy upbeat, would love to hear it played live again, sounded great in the 1989-90 tour.
16 Indian Sunset: Obscure master piece. Close your eyes and it’s like you’re in a Kevin Costner’s Dances with Wolves film. Ray Cooper does an amazing job playing live with Elton something I have yet to see in person. Weird hearing it cut into 2pac’s Ghetto Gospel but it worked great. Amazing how they used such an obscure song. Shows that rappers listen to Elton albums
15. I Don't Wanna Go On With You Like That: Fast up tempo song with great melody. He got tongue tied a few times playing this one and I don’t blame him.
14. Blues Never Fade Away: "We are all Targets on the rifle range. And who makes the call and who gets to choose who gets to win and who gets to lose". I love this, makes me try and live each day to the fullest and appreciate what we have today because it could all change tomorrow. 13. Little Jeannie: One of my favourite melodies, shame he hardly plays it in concert, I’m sure it would be a crowd favourite. I love how Elton added the line “And I want you to be my acrobat”
12. Nikita: This song has grown on me over the years: It’s from the first Elton album I owned; it’s my mum’s favourite Elton song. I love the solo version but think it’s time to play it live again with the band, just for a change.
11. Recover Your Soul: "Spare your heart, save your soul, Don't drag your love across the coals, Find your feet and your fortune can be told, Release, relax, let go and hey now let's recover your soul". Another underrated gem. Elton please play this again?
10. High Flying Bird: Love the catchy melody another underrated song. So please he played it at his 60th
9. We All Fall in Love Sometimes/Curtains: Love how it autobiographical. Bernie put is so many great references to the early days. Elton again decides to join two songs together and it works great. Hopefully he will play this live next year for this 40th anniversary. 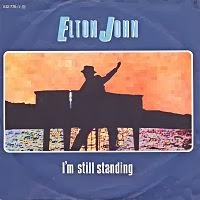 8. Candle in the Wind: Had its rework over the years and association with Princess Di but still the original is a true classic. It’s the closest Elton & Bernie can get to a perfect song.
7. You Gotta Love Someone: Never played live, why? I would have loved to see him perform this with choir. Also this is my favourite video; Elton looked great in white playing in an old church.
6. Your Song: Have to have this song on the list. I like it when he sings first half solo then band joins in to finish off.
5. I’m Still Standing: Yes he is! It’s his signature song these days. Sounds great played solo with extended piano into.
4. Rocket Man 03: Another classic I never get tired of listening to this song and I love the 2003 remix version gives the song new life and done nicely. 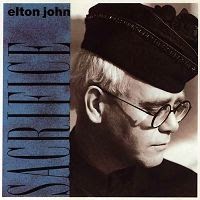 3. I Guess That's Why They Call It the Blues: Fantastic melody and lyrics, Great comeback song for the 80’s
2. Empty Garden: Bernie Taupin is a lyrical genius, set that to a masterful Elton melody and you have outstanding tribute to John Lennon.
1. Sacrifice: This is the song the made me become the diehard fan I am today. I was 15 when it came out and it blew me over first time I heard it. So pleased it went to No.1 in the UK he waited lone time for this.


Picture courtesy of Darren George
by Jackrabbit on 1:00 am