The Story Behind "As Long as You Love (Scarlett Wings)", the most touching song I've ever heard 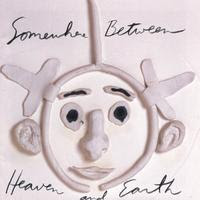 Some songs are emotionally touchin for themselves. But I heard not so many songs that made me feel the deepest sadness they flow. "Blues Never Fade Away", by Elton John and "Sand And Water" by Beth Nielsen Chapman are two examples of expression of all the feelings that go through losing a lost one. But "As Long As You Love (Scarlett Wings)" is the most touchin' song I've ever heard. That masterpiece of emotional poetry, trying to be as optimistic as it could, added a special feeling because Cindy was acompanied by her other daughter Reid. Bonnie Raitt, who collaborated in the album recording, explained better than anybody this sensation: "It's such an unbelievable gift to watch someone transform such agony into such purity".

Cindy Bullens' awful experience, the death of 11-year old-daughter, Jessie, inspired her to write "Somewhere Between Heaven and Earth". She credited Jessie, "my own personal angel," for inspiring "the best music I feel I may ever make." But the project was more of a self-therapy when it began four months after Jessie's death in March 1996. "My friend Beth Nielsen Chapman, whose husband died of cancer five years ago, connected me with Rodney Crowell, who co-produced her album "Sand And Water' dealing with her loss", Cindy explained to Jim Bessman (Billboard, February 1999). Bryan Adams, Lucinda Williams, and Rodney Crowell were also in the project.

In the foundation website explained how Jessie was interested "in science and the environment, arts and music, and her undeniable passion for all of life took shape in bold and innovative ways. She wanted to save the whales and the rain forest, stop pollution and put an end to prejudice".

A true angel. Excuse me the pretention, but I would like to express the conviction that the most important part of Jessie's miracle, is how Cindy has chosen to live, to write and to sing. Thanks Cindy for your music.

How We Could help:

Along with other fund raising activities, the Jessie Bullens-Crewe Foundation depends on donations to continue funding programs that benefit all children, but especially those dealing with cancer.
Contributions can be sent to either of the following addresses:

The album is available through her cindybullens.com World Wide Web site.
by Jackrabbit on 2:31 pm